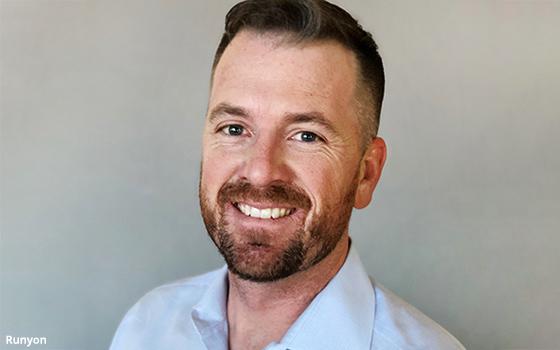 Here’s an idea for B2B brands that have been seeing diminishing returns online.

Try a new channel in your ABM program — rather, an old one being used in a new way: direct mail.

PFL, a 25 year-old firm based in Montana, offers triggered direct mail in a manner similar to triggered email.

“Whenever the prospect registers with some kind of intent, it can trigger creation of direct mail,” says Nick Runyon, CMO of PFL.

For instance, the person may have downloaded a white paper or watched a video for at least a minute. “These are signals that trigger a tactile marketing piece,”” Runyon says.

Don’t think that these are mass mailing pieces: Generally, they consist of toolkits with gifts inside. That’s why PFL calls it tactile marketing.

When Fedex delivers the package, it scans the box, and the sales rep gets a ping. A phone call follows within 15 minutes, and “the connection rates are incredible,” Runyon says.

Email is also part of the equation, along with the web. But they are part of a carefully orchestrated program. “Our software bridges the gap between digital and physical,” he adds.

Why bother with direct mail when people are increasingly shopping online? “Digital efforts alone are kind of tapping out,” Runyon argues.

Brands can gain small fractions of a percent by improving their digital ad campaigns, or gain maybe half a point by toning up their email list: In contrast, they might see 3% or 4% improvement in the conversion rate when doing direct mail, he says.

Runyon points to a CompuName study showing that using digital and direct mail together increased website visits for 68% of the respondents. And 60% say it boosted their ROI.

But Runyon warns that “direct mail is an expensive touch compared to digital. If you’re going to spend money on a direct piece, make sure it’s doing what you want when you want at the proper stage for buyer.”

How do you use tactile marketing as the prospect moves along the funnel?

Let’s say a deal is stalled, which often happens with big-ticket software purchases. Recently, in a campaign for a cyber security company, PFL sent a kit containing a black pen to CTOs.

When the pen was clicked on, a black light shone on the package, revealing this invisible message: “You miss 100% for threats you can’t see.”

Runyon knows from personal experience how purchases get held up.

“We spend a half million a year just on marketing technology,” he says. “I’m always having SaaS companies calling for renewal, and there’s always a price increase. Above a certain number, you need to have the CEO sign off on it.”

But where does email come in? To start with, the channel should not be thought of as a “replacement,” Runyon says.

“It’s not what we’re selling,” he says. You need to integrate these things.”

Typically, the email sequencing will continue throughout the entire effort. And email response can also signal intent. But there are rules to follow.

Above all, make sure that the messaging and value proposition are “consistent all the way through. nAnd avoid gimmicks or trying to be too clever — instead, craft an email that reflects the other messaging.

Runyon recommends that the channels be incorporated within the email workflow.

And all that stuff? “It’s not about stuff,” Runyon laughs. “It’s about value. The stuff is a door opener.”