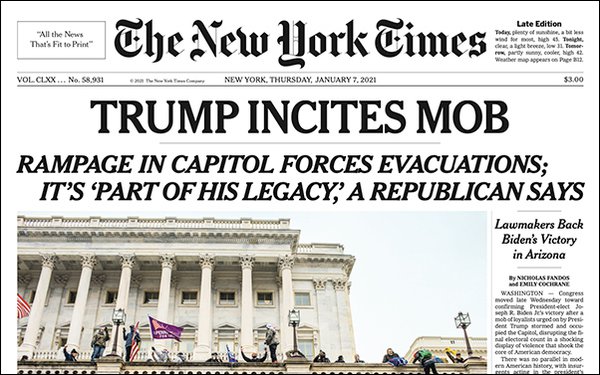 At least four people are dead.

After a rally held by the President, the mob breached the Capitol, entered the House floor and destroyed property. Lawmakers went into hiding, and staff and press sheltered in place.

The events of yesterday captured the front pages of most newspapers across the country. Many headlines called the group a “mob.” Others referred to the events as a “siege,” an “invasion” or “insurrection.” Most blamed the President.

Here’s a round-up of some of the top newspapers’ front page headlines this morning: