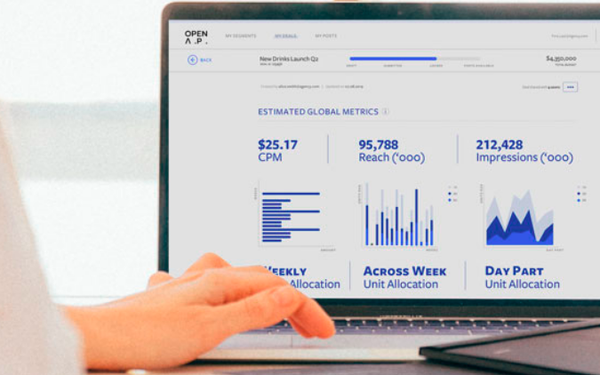 OpenAP, the advanced advertising company, announced the launch of its new supply-side platform (SSP) providing linear inventory from TV publishers, as well as its first agency to integrate the platform: Omnicom Media Group.

OpenAP says it represents the largest footprint of inventory avails, reaching all U.S. households, including inventory from AMC Networks, Fox Corp., NBCUniversal, Univision and ViacomCBS, with inventory coming soon from A+E Networks and The Weather Channel.

The SSP says buyers can optimize plans and forecast reach and frequency with orders sent to TV publishers.

In addition to Omnicom Media Group, VideoAmp,  the software and data platform specializing in the measurement and
optimization of media investments, is the first partner to integrate with OpenAP as OMG’s preferred vendor.

The integration with OMG, launched in January, will have rollout testing across its agencies in the first and second quarter of 2021.

Open AP started as a consortium among sell-side TV companies in 2017. In December 2019, ViacomCBS became a new member. WarnerMedia’s Turner, one of the original founding members, bowed out of the group in 2019, due to AT&T’s promoting its own advanced advertising effort, Xandr.