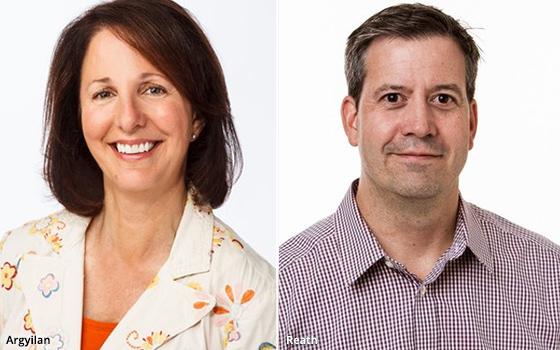 MUH-TAY-ZIK / HOF-FER has been named lead brand agency for Bed Bath & Beyond, and M Booth as agency of record for corporate and consumer PR.

The agencies will be responsible for launching the company's new customer value proposition, as it seeks to help customers “Unlock the Magic in Every Room.” That new mission tagline was unveiled last fall as part of the retailer’s “recovery plan.”

A third agency, We Are Social, has been appointed as the lead social media agency for BB&B subsidiary buybuy Baby.

The company has also added two marketing veterans to its ranks, including Kristi Argyilan as senior vice president, brand innovation.

Argyilan joins the company from Target, where she was president of its media company, Roundel following an earlier stint as senior vice president for media, guest engagement and measurement.   Earlier she held a number of strategic roles at Interpublic Group’s Mediabrands, including president of Magna Global and chief transformation officer at UM.  She has also held executive positions at Arnold and Hill Holiday.

The retailer has also appointed Jim Reath as senior vice president/marketing. He was previously with Macy's serving as a senior marketer with responsibility for data-led, integrated omnichannel marketing. Earlier he was executive vice president and head of retail for Omnicom’s BBDO where he oversaw accounts including Lowe's Home Improvement, ToysRUs, BabiesRUs, and Foot Locker.  He has also held executive positions at McKinney, Y&R, and Leo Burnett.