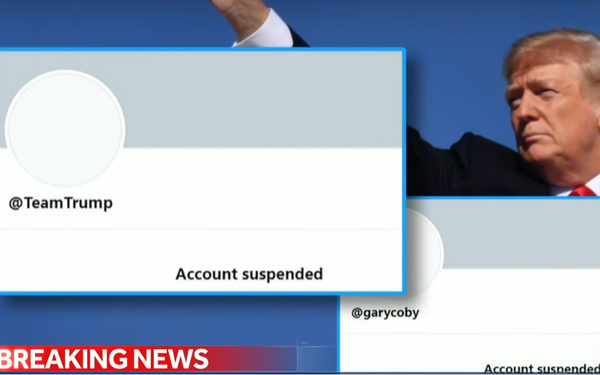 If it’s hard to grasp how important Donald Trump’s megaphone on Twitter was before he was banned, an influencer marketing firm can tell you.

Klear analyzed Trump’s exposure and engagement metrics to determine how much spend he would have required to get the same result from typical paid media.

The leading influencer of the free world, also known as @realdonaldtrump, got the kind of exposure money didn’t have to buy. Klear says in the 30 days prior to having his account cut off, he averaged 18.5 tweets a day to 88 million followers, (about 13 million more than the 74 million votes he received in the November election.)

"Likes” in the Twitterverse don’t mean the reader actually likes the message, and retweets definitely don’t. But as a measure of engagement, Trump’s figures in the last month prove his messages as an influencer certainly were seen.

“We were interested in what Twitter’s permanent suspension of Trump will mean for his exposure ability,” said Noam Avigdor, the chief technology officer and co-founder of Klear. "We were just curious and we had the technology to check it, so why not?”

Nothing quite compares to those Trump numbers, he said, but asked if he was surprised by Trump’s enduring lure, he said,  “Maybe, but just a bit. We know the power of that platform. We know people pay for influencers because they know there are a lot of benefits working with them. And you know the president of the United States -- he takes Twitter seriously.”

Trump’s predecessor in the White House, Barack Obama, has 128 million followers, more than anyone else. Avigdor did a quick comparison between the two presidents, tweet-wise: “Obama gets more engagements per tweet, but is much less active. In the past 30 days, Obama wrote 34 tweets, while Trump wrote 565.  Trump's audience is proving to be extremely loyal, because tweeting too much can also lead to unfollows.  While Obama gets more engagements per tweet, the aggregated engagements for Trump is much higher: 97 million vs 4.million.”

Avigdor said Trump’s tweets hit a peak in June and then began climbing again in October.

Since the election, Slate has closely followed Trump’s popularity on Twitter, discovering that between Nov. 5-9, during which time most media and experts recognized Trump had indeed lost, he actually gained 600,00 followers.

But his Twitter popularity declined from there -- and by Jan.. 5, the day of the Georgia Senate runoff, he lost 400,000. He was on an uptick again last week before and after the insurrection, until Jan. 8, when Twitter permanently kicked him off the site.