Snapchat Will Permanently Ban Trump As Of January 20 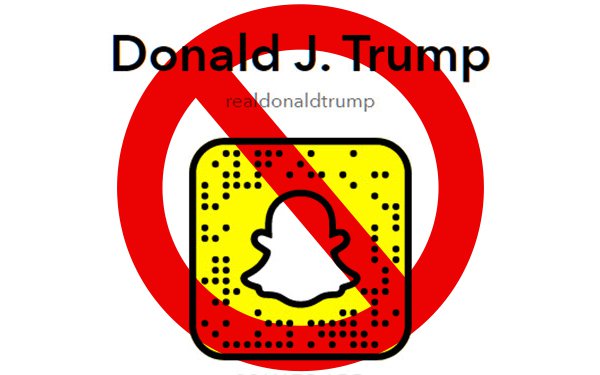 Snapchat — which was the first platform to suspend outgoing President Donald Trump’s account on Jan. 6 after the insurrection of the pro-Trump mob at the U.S. Capitol — has now decided to permanently ban him after he leaves office on Jan. 20.

After “assessing what long-term action is in the best interest of the Snapchat community,” the platform determined: “In the interest of public safety, and based on [Trump’s] attempts to spread misinformation, hate speech, and incite violence, which are clear violations of our guidelines, we have made the decision to permanently terminate his account,” Snapchat said in a statement.

The platform said that in addition to his offline actions on January 6 and other occasions, Trump had violated its user terms dozens of times, despite repeated warnings.

While Snapchat is smaller than Twitter and Facebook, Trump has used it to target messaging to younger Americans. When Snapchat suspended his account last week, he had about 1.9 million followers.

Back in June, Snapchat stopped promoting Trump’s account in its “Discover” section, citing negative societal effects from his inflammatory rhetoric, notes Axiom. That meant that his users had to subscribe or search for his account in order to see it.

Snapchat also has more stringent content policing policies than the other big platforms — for example, it has no public newsfeed for unvetted content to go viral, and keeps user-generated content physically separated from the professional, vetted content in Snapchat's Discover section, Axiom points out. The platform also blocks some keywords — including “Stop the Steal” — from its search bar.