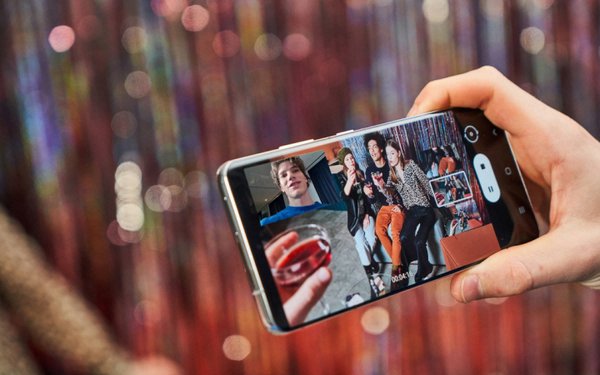 By now, most of the big reveals of new products from Samsung or Apple are thoroughly leaked ahead of time.

So Samsung’s “Unpacked 2021” video event Thursday at the virtual CES show held few surprises. Everybody in the tech-watching biz knew everything about the features in the new Galaxy S21, S21+ or S21 Ultra model smartphones, which are priced $799, $999 and $1,199 respectively, and become available Friday. These are the phones Samsung will put up against Apple’s previously unveiled iPhone 12.

Interestingly, when the Galaxy S20 was introduced last March, it was priced at $999, fully $200 more than the price Samsung announced on Thursday for its successor.

That may be a lesson from the pandemic, when smartphone buying languished, or it may be an indication of how many consumers put up stop signs when phones are priced at what is basically $1,000. Probably, it’s a bit of both.

By last May, smartphone retailers like AT&T and T-Mobile had deeply discounted the Galaxy S20.

The new Samsung flagship phones don’t fold in any way. But at the Ultra level particularly, they seem awesome -- and easily capable of providing “pro” quality, as Samsung claims. For example, the Ultra has a camera feature that lets a user take photos in virtual darkness.

The glass on the phones is sturdier, and, they all earn style points. For the Ultra, Samsung perhaps got carried away, explaining how it came up with "our boldest color yet,” a "deep resonant black" that's “unforgettable and unapologetic.”

Less-ballyhooed but quite practical items also were introduced, like Samsung’s new Bluetooth-enabled Galaxy Smart Tag, which gives consumers the ability to relocate lost items -- and even lost dogs and cats -- via tracking through the Smart Things app.

The tag itself, about the size of a pack of matches, will cost $29.99 and will be available on Jan. 29. A more sophisticated version, called Smart Tag+, uses a new technology  called Ultra Wideband and will be available later in the year. Samsung will give S21 Ultra buyers a free Smart Tag for phones ordered now.

That Smart Tag beats Apple’s much-rumored Air Tags to market, but both would seem to create headaches for Tile, which already markets a product like that, and has since 2013.  Tile is priced about $5 cheaper.

A big push at the Unpacking event was Samsung’s emphasis on new cooperative agreements it has on devices with Google, Microsoft and Netflix, among others. Samsung showcased partnership with Audi, BMW, Ford and Genesis, and said by later this year, smartphone users will have “digital keys” to lock their cars, or even share the key with another user the driver wants to give permission to drive.