DoorDash To Use SB Spot To Showcase New Marketplace Positioning 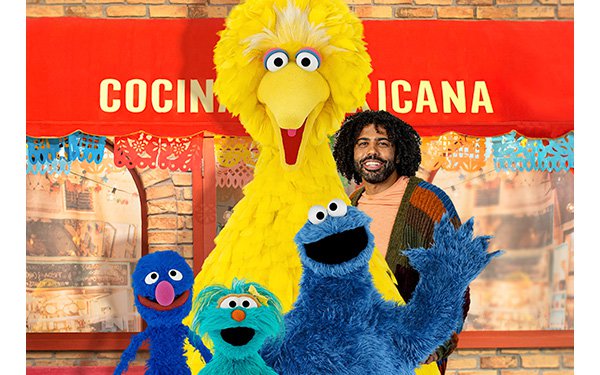 DoorDash is hoping to grab attention with its first 60-second Super Bowl spot after perennial favorites like Pepsi, Coke, and Budweiser announced they are sitting out this year’s event. This high-profile ad marks the first time DoorDash is positioning itself as a multi-category marketplace versus a food delivery logistics company.

The creative, developed with the Martin Agency, reworks Sesame Street’s iconic “People in Your Neighborhood” song to highlight an array of products that can be delivered by DoorDash. Instead of singing about dentists, plumbers and bakers, the lyrics identify ramen, shampoo, birdseed, mango smoothies, paper towels, and, naturally, cookies.

Although the full spot has not been released, the content is designed to effectively blend original inspirations from both DoorDash and Sesame Street brands. Grover, for instance, is known to be a jack of all trades, so the ad features him working and patronizing different establishments.

“Making Grover a chaotic hibachi chef was a lot of fun, and being able to have Mr. Johnson, a well-known blue muppet, fall victim to Grover’s service once again was icing on the cake,” says Jonathan Richman, creative director, Martin Agency.

He adds the shoot was a career high for many behind-the-scenes participants. “Are there any celebrities who are more well-known and beloved than Big Bird and Cookie Monster?” he asks. “It was surreal just being near them in person, and seeing Big Bird walk around, or singing Happy Birthday to Cookie Monster, [as] it was his birthday on our first day of shooting.”

Richman further explains this Sesame Street concept serves as an extension of the “Every Flavor Welcome” work developed with the Martin Agency in fall 2019 that sought to use food as a conduit for elevating different cultures.

The original "Every Flavor Welcome" spots featured hip-hop influenced  Rapsody and Gift of Gab songs, explains Richman. “We are evolving that vibe with ['Hamilton' star] Daveed Diggs and our remix of a classic Sesame Street song.”

The campaign will also include digital and social activations.  To that end, trending on Twitter during the AFC Championship Game on Sunday January 24 was a teaser that showed Diggs reading: "Around The World in 80 Days" and Cookie Monster reading "Around The Cookie In 80 Days." Martin Agency will continue to release similar “quick-nods” to build the excitement for the final commercial.

“It’s pretty great that people are noticing little details like that in a spot that only aired once, and isn’t even available online, yet,” says Richman. “That’s a good sign for the other spots we did, which are purposely bright and upbeat and fun at a time when it feels like the world needs more positivity.”

In addition, DoorDash is announcing a partnership with  Sesame Workshop’s global educational media and social impact programs. The company will donate $1 for every order starting February 7, up to $1 million.

“The Neighborhood” is set to air during the first quarter of the Big Game on CBS on Feb. 7.