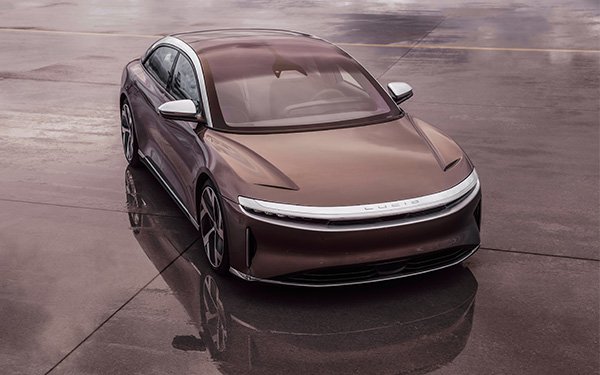 San Francisco-based ad agency Erich & Kallman has been named AOR for Lucid Motors, a start-up luxury electric auto manufacturer based in nearby Newark, CA. The appointment evolved from project work that the agency had been doing for the brand, which is set to launch its first car in the spring.

The agency has created a new print and TV campaign for the Lucid Air, a luxury sedan with a California-inspired design underpinned by what the company calls “race-proven technology.”

The $161,500 Lucid Air Dream Edition will launch this spring, with the entry level Lucid Air Pure launching in the spring of 2022 with a starting price of $69,900. The cars will compete with Tesla and other car manufacturers entering the high-end electric car sector.

Media buying will be managed by HunterBlu.

The new campaign includes a 30-second teaser spot called “Dawn” and print ads that ran earlier this month in the New York Times and the Wall Street Journal.

The TV campaign will run throughout January on NBA games on ABC/ESPN, Sunday morning news programming, CNBC and CNN.

Additional executions and media placements will occur throughout the first and second quarters of 2021.

E&K began working with the automaker last February prior to the Covid-19 outbreak on a project basis, but the launch of the first Lucid car was postponed due to the pandemic.

Since then the agency and client developed a working model that brought together talent from each organization to build one marketing team for the brand.

Among the assets contributed by the brand is in-house content production obviating the need for E&K to find an outside production house to film, photograph and edit the launch material developed by the agency.

E&K then oversaw the effort to final completion and will continue with this working model as Lucid’s AOR.

Word of the AOR award follow recent reports of a rumored Lucid Motors public offering that would value the company at up to $15 billion.