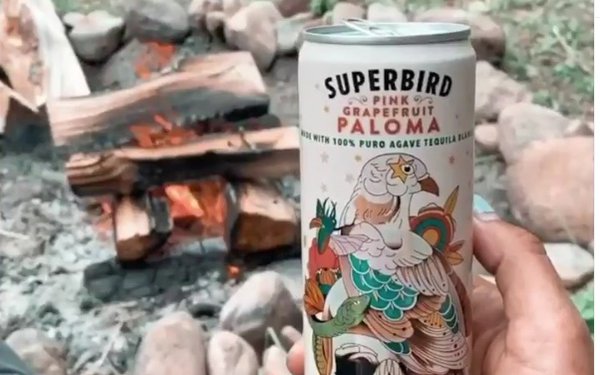 The new business line is a significant first for Molson Coors, but Superbird may also be of note to marketers and media executives for CKBG’s co-founder, Joe Marchese.

The two knew each way back when, as Marchese says, “I was working with millions of dollars of other people’s money” at Fox.

Years later, they were drinking on a European roof deck and began talking about the tequila business. Eventually, they decided on manufacturing a quality tequila product using 100% blue agave tequila made in Tequila, Mexico, from locally harvested and roasted agave piñas. Other canned tequila products, Marchese says, use blends and sugars.

It's a paloma cocktail, a traditional drink made using grapefruit as a mix, although Marchese says eventually other flavors will be added.

Superbird has been test-marketed in a few locales in Connecticut, New Jersey, Massachusetts and Long Island. It will roll out to 10 more markets this spring, and then go from there. Punning on the name of the product, billboards in test markets read, “Really. Flocking. Great.”

“There’s more to come,” says David Coors, Molson Coors’ vice president of next generation beverages, in a company blog. “We are serious about this space, and this is the first of many products in the wine and spirits category you can expect from Molson Coors. Our goal is to become a meaningful, scaled player.”

Ready-to-drink canned cocktails are having their moment. Because of the pandemic, more stay-at-home drinkers are turning to the premade cocktails, and so are some bars and restaurants that can now allow customers to order alcoholic beverages to go.

Molson Coors, citing Nielsen data, says RTD cocktails enjoyed 142% growth in 2020 and should be a $1.2 billion category this year.  As hard seltzers continue to grow, too, the likely victim could be traditional beer labels.

Marchese thinks there’s a place for Superbird.”There is a lot of craft in the beer space, but in the canned cocktail space it’s still early. People are just trying to figure it out. How do you stand out? Our [can] design is eye-catching and memorable, but it [still] only works if it tastes good.”

Competition includes those popular hard seltzers, technically called flavored malt beverages. “We’re more premium than those malt-based beverages,” says Marchese. “If you show up at a party bringing us, you brought the good stuff.”