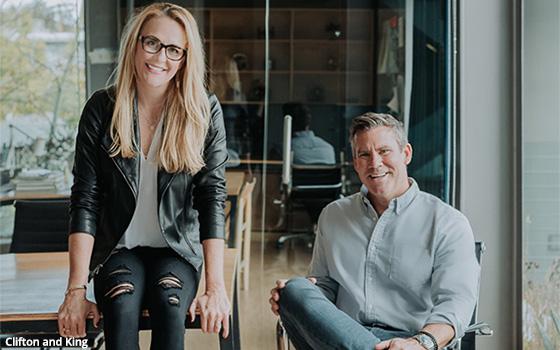 S4 Capital is doubling down on PR and modern communications planning capabilities with the acquisition of Low Earth Orbit (L.E.O.). The will firm will become part of S4's MediaMonks network.

L.E.O was founded in 2019 by Kevin King and Jess Clifton following their departure from Edelman. The shop has worked with clients like Dole, Sierra Nevada, Facebook and LA28.

Under the deal, King will serve in the new MediaMonks position of global head of brand reputation to focus on evolving the firm’s public relations and communications offering.

“Our aim is to come to the table for our partners with a really compelling, consolidated offering,” says Wesley ter Haar, MediaMonks founder/executive director at S4 Capital Group. “In bringing Kevin and Jess on board, we now have the deep skills and knowledge to deliver more completely on our promise of an end-to-end offering.”

This move also recognizes a need for communications and planning in the digital and social realms because that’s where great quantities of news is now being digested and discussed in real-time. “We aren’t trying to replicate a traditional PR model born out of press releases and media relations,” said Clifton. “We recognize that our clients are increasingly focused on promoting themselves in the same social channels where they must build and protect their brand reputation.”

S4 noted earlier that it would step up the pace of its M&A activity this year and it’s been an acquisitive month for the company and its subsidiaries. Last week the firm announced a deal for Staud Studios which will also operate under the MediaMonks umbrella. L.E.O. is the group’s fifth M&A deal this month, almost as many as it did in all of 2020 (six) according to a tally by COMvergence.