'Kardashians' Finale: End Of World Or Boon To Civilization? 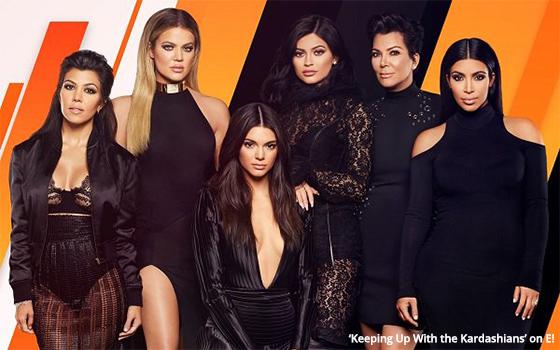 Depending on one’s point of view, the pending final season (and hence the end) of “Keeping Up With the Kardashians” represents either a boon to mankind or an incalculable loss.

The latter might be the result for the millions who have made following the lives of the Kardashian clan a long-time habit and possibly an addiction.

The former result might be the one cited and hoped for by everyone not similarly addicted, but who apply the Kardashians and their lives to any discussion of what is wrong with society today.

But more on that in a moment. First, here are the facts: The final, 20th season of “Keeping Up With the Kardashians” is scheduled to start March 18, according to a news release put out by E! last week. The date is a Thursday. The time slot is 8-9 p.m. Eastern.

The news release had almost no details, which unfortunately is a deficiency that is all-too common in the world of television publicity today.

Among the facts that might have come in handy in this airdate announcement would have been the number of episodes comprising this final season, so that a journalist could then determine approximately when this final season would likely be having its (presumably) grand finale.

This episode, if it is to be a “grand” finale in every sense of the word, may emerge as one of the more notable TV shows to air this year.

But it is highly unlikely that the final episode of “KUWTK” will represent a full-fledged farewell from the Kardashian sisters Kim, Khloe and Kourtney, their two nieces Kylie and Kendall Jenner, family matriarch Kris Jenner and the show’s supporting cast members such as dad Caitlyn Jenner (formerly Bruce), brother Rob Kardashian and Scott Disick, former boyfriend of Kourtney Kardashian and father of her three children.

Instead, look for all of them, in some way or another, to continue to be seen and heard on any number of social-media platforms, where their followers, all told, number in the many hundreds of millions, eclipsing television.

“Keeping Up With the Kardashians” premiered on E! back in 2007, which in TV terms might as well be some prehistoric age when compared with the era we are in now.

In that time, the Kardashian-Jenners evolved from reality-TV stars to social-media-and-lifestyle influencers and became fabulously wealthy.

In this way, their trajectory parallels the way in which digital platforms surpassed television in importance for people like them. At this point in their lives and careers, letting go of television makes sense, even if it was the medium that launched them so long ago.

The final season of “KUWTK” comes as basic cable is in retreat. E! in particular is rumored repeatedly in trade-press and business stories to be one of several NBCUniversal-owned channels that the company may do away with in order to consolidate its basic-cable holdings.

But obviously, in a world where social-media provides such updates on a minute-by-minute basis, a weekly TV show is superfluous for such a purpose.

Not that anyone I know has expressed any concern about them, but the TV Blog believes that the Kardashians will be just fine without their TV show.

But what about the rest of us? Without having the Kardashians to kick around anymore, how will we have conversations in which we will need someone to blame for everything that is shallow, superficial and materialistic about our society?