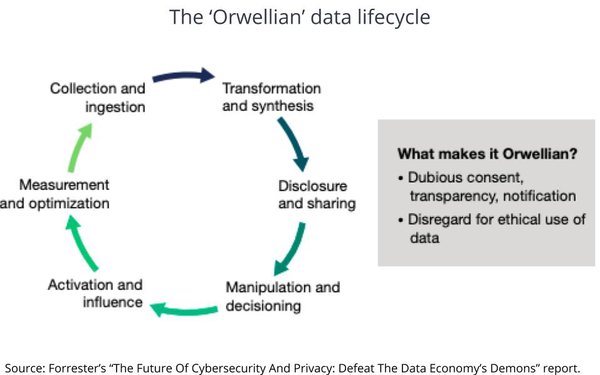 This morning, you will read various articles about an important new tool developed by WPP’s GroupM unit to empower its planners, strategists and clients to think about the ethical use of the consumer data they use in their campaigns and media targeting. The tool, dubbed the “Ethics Compass,” essentially is a dashboard-based guide enabling GroupM’s global organization to begin thinking and having conversations with their teams and clients about -- not whether the data they use is legal or compliant with current regulatory rules, but whether it is appropriate.

The tool is one of the most organized and structured approaches to what I believe is a fundamental shift in the advertising, media and marketing world to not just react to the threats data and technology pose for people and society, but to begin adopting their own self-regulatory protocols to “do the right thing.”

It’s not easy, which is why GroupM’s approach doesn’t actually proscribe what people in its organization should do, but simply raises red flags when something looks questionable and is deserving of further thought or a conversation.

During an advance look given to the press last week, GroupM Senior Vice President for Data Strategy and Partnerships Krystal Olivieri described it as an “ick” test, as in, would you find the use of this data icky if you were on the receiving end of a campaign using it to target you?

Her statement is a good way to frame the discussion around consumer data ethics, because in the end, we are all consumers too, and so in essence, GroupM is just trying to remind its team and clients that it sometimes is more important to put yourself in the shoes of your customers.

In fact, when I asked her to describe the methodology GroupM used to develop the criteria used to create the dashboard, she said while it did start with all the legal and corporate ethics criteria already established by GroupM, the end result was a highly subjective process of weighing the icks against the potential benefits of using data in an innovative way.

Ultimately, that will vary by client and consumer, and by other cultural factors such as prevailing local norms and sensibilities, but the tool isn’t intended to spit out answers so much as to get people to think -- and talk -- before they do something that, while legal or regulation-compliant, may not be the right thing.

In recent months, I’ve had the privilege to sit in as a fly-on-the-wall of similar conversations about the ethical use of consumer data by the industry, including the initial meeting of a new ethics committee of a global marketing data organization, and the conversations are all consistently similar.

During one of those recent sessions, a couple of participants flagged a new report from Forrester Research that can only be described as the worst of all unintended consequences: a new “Orwellian data lifecycle,” in which the platforms that generate and control consumer data “make decisions that allow data to be used to alter the behavior and decisions of data subjects, primarily for the data controller’s benefit.”

Few of us should be surprised by now that that data lifecycle now exists, but we should all be surprised that it only now has a name, thanks to Forrester’s analysts.

I could give you at least 1,983 other reasons why the conversations being had inside organizations like GroupM, or across industrywide organizations are vital to the future of those entities, as well as advertising and marketing as a whole, but the best line was one used by Apple CEO Tim Cook in his knockdown of Facebook’s Orwellian data lifecycle: "The end result of all of this is that you are no longer the customer,” he said. "You are the product."

Actually, I’ve come to believe that it's an even more dehumanizing scenario, because in many cases, your data has become the product, and you are just being traded like a derivative in a new kind of commodities market in which a proxy of you is being bought and sold without ethical consideration.

Ultimately, I think this isn’t just bad for society, but will prove to be really bad for an industry that used to pride itself on creating “equity,” not commodities.

Meanwhile, watch how organizations like GroupM evolve their protocols over time. The root of that ethical pursuit is one of the reasons we picked its Mindshare unit as our agency of the year -- two years in a row now -- and I think they are a good organization to model.

GroupM’s Olivieri described the version of the data ethics compass she previewed to the press as a “beta,” and said it will evolve over time. That’s smart, because the types of consumer data the industry will have access to will also evolve over time, creating new ethical considerations for how, when -- and, perhaps most importantly, if we should use it.

I don’t know how all those forms will manifest, but I think a good guidepost is to look at a report Omnicom’s Sparks & Honey did last year for the World Economic Forum framing the conversation around the ethical use of so-called “precision consumer data” -- you know, the kind of data that will increasingly be thrown off by biometrics and other incredibly powerful information about our bodies, minds, unconscious selves, and the physical and virtual locations they reside in.

So follow GroupM’s lead and begin putting your protocols in place now, so you at least have a baseline to work from.