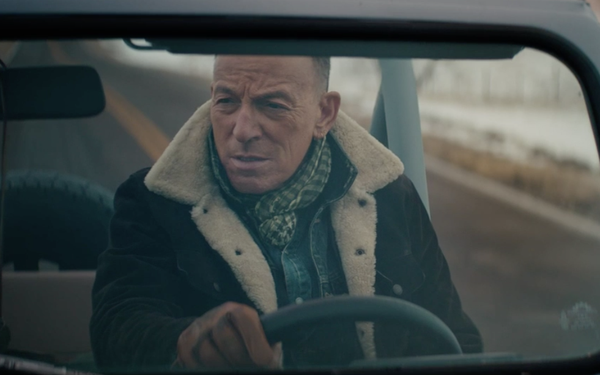 Stellantis’ Jeep brand is using a high-profile Super Bowl buy as the platform for a two-minute spot in which musician Bruce Springsteen implores the country to come together.

“The Middle” features historic Jeeps and is a nod to the brand’s 80-year anniversary (plugged in the last frame of the spot) but is more urgently “a call to all Americans to come together and seek common ground as we look together to the road ahead,” says Stellantis Global CMO Olivier Francois.

Created by Doner, Southfield, Michigan, the spot will air in the second commercial break of the fourth quarter. Springsteen, who Francois says has multi-generational appeal, appears in the spot, voices the narration, and wrote and produced the original score with frequent collaborator Ron Aniello.

The somber spot, which will only air the one time during the Super Bowl and then shift to social media, was originally slated for 90 seconds. But Francois says he was having nightmares about its message being diminished by it running before or after a typical “loud and silly” Super Bowl spot.

The automaker tried to negotiate with the network to shorten the commercial break to 90 seconds, but they refused, so the spot was lengthened, he says.

Springsteen, who has never allowed any of his songs to be used in a commercial, much less appear in one himself, was intimately involved in creating the spot with director Thom Zimny.

“Bruce is not for sale, Bruce is not even for rent,” Francois tells Marketing Daily. “But the alignment between Bruce and Jeep, not any other brand, but Jeep, is so incredibly authentic, rugged, American, legendary. You don’t need a great marketer, anyone could tell you, ‘Why not associate Bruce with Jeep?’ it’s obvious.”

Francois called getting the rock star “surreal, incredible and miraculous.” He is friends with longtime Springsteen manager Jon Landau and has periodically brought him other concepts in the past, which have all been rejected.

But after Doner CEO David DeMuth pitched an idea of how to get Springsteen aligned with the automaker, Francois had a feeling it might be a win and forwarded Landau the script.

“When he showed us the outline for ‘The Middle,’ our immediate reaction was, ‘Let’s do it,’” Landau says in a release. “Our goal was to do something surprising, relevant, immediate and artful.  I believe that’s just what Bruce has done with ‘The Middle.’”

Like Springsteen, the Super Bowl is a property that attracts an audience with a spectrum of political viewpoints. The script is a plea to all Americans to begin to mend the country’s rifts, which recently hit a crescendo during the insurrection at the U.S. Capitol.

“It’s no secret…the middle has been a hard place to get to lately,” Springsteen says in the voiceover. “Between red and blue. Between servant and citizen. Between our freedom and our fear. Now, fear has never been the best of who we are. And as for freedom, it’s not the property of just the fortunate few; it belongs to us all. Whoever you are, wherever you’re from. It’s what connects us. And we need that connection. We need the middle.”

Scenes were shot over five days in late January and include the grounds of the U.S. Chapel in Lebanon, Kansas, which stands on the geographical center (middle) of the U.S. lower 48 states. Other locations include city scenes, a diner in Denver, and landscape shots in Oronoque, Kansas, Golden, Colorado., and Hastings, Nebraska.

Stellantis, the company formed from the merger of Jeep parent Fiat Chrysler Automobiles and French automaker PSA, has a long history of provocative Super Bowl efforts. This year marks the 10-year anniversary of the “Imported from Detroit” spot featuring Eminen. The spot, from Wieden+Kennedy, was the first 2-minute spot to run in the Super Bowl and required special negotiations with the network, Francois says.

Other noteworthy Super Bowl efforts have included “Halftime in America,” another two-minute spot from Wieden+Kennedy featuring Clint Eastwood, and “Farmer,” a two-minute spot for Ram from The Richards Group in 2013 featuring a speech by legendary radio personality Paul Harvey. 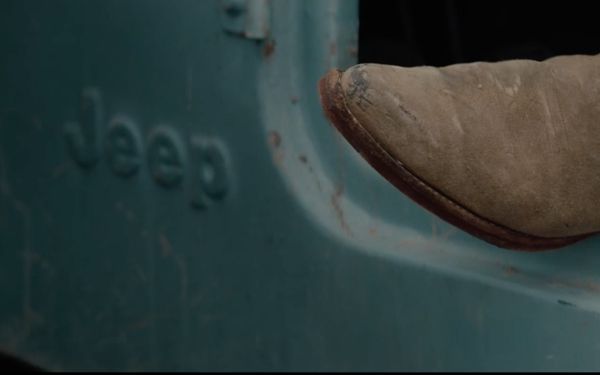 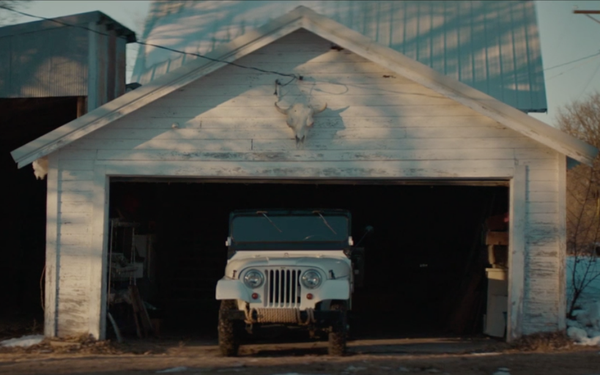