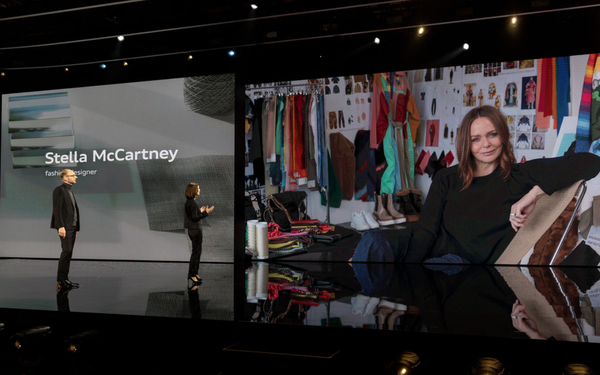 Audi of America is partnering with three high-profile celebrities to lend their voices as storytellers of the Audi brand.

They talked about how their own philosophies and work methods mirror those of Audi. The three will also be integrated into global GT marketing campaign, which begins today on TV, digital out-of-home and social channels.

Hardy’s “Story of Progress” is already featured on the brand’s YouTube channel.

In Hardy’s video, which runs 2 minutes and 18 seconds, he reflects on the importance of examining the roles we play in contributing to a better future for all. We need to ask ourselves the difficult questions, such as, is the world a better place because of our being in it, he says.

Prior to the unveiling, Audi released another “Story of Progress” on Jan. 28 featuring Marc Lichte, head of design at Audi. In the just shy of 2 minute video, Lichte discusses the next chapter of fully electric mobility and progressive thinking. He says his goal is to design cars that are born out of passion and the desire to make every day better than the last.

This is not Monae’s first partnership with the automaker. She performed in Los Angeles in April 2014 during the reveal of the 2015 Audi A3, along with the band M.I.A., which performed simultaneously in New York. Each were holographically inserted into each other’s performances during the event.