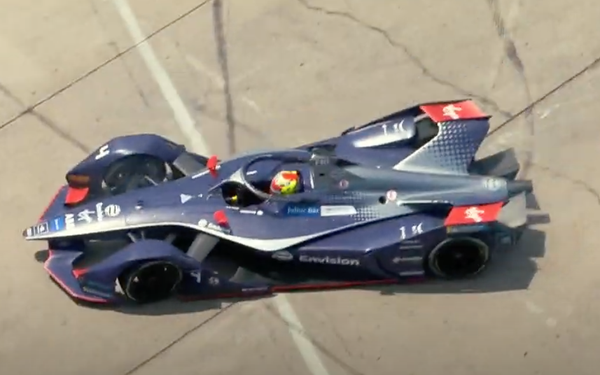 Formula E is launching a campaign ahead of the opening race in its seventh season later this month.

The electric-racing series is targeting “a new, digital audience of next generation sports fans around the world,” who are socially conscious, per the organization.

The global effort will focus on Formula E’s role in accelerating change on and off the track. Themed “Change. Accelerated.” it was developed in partnership with Uncommon Creative Studios. It will roll out across the season.

The campaign kicks off a new brand positioning and aims to capture “the sport’s unique power to excite fans and be a catalyst for positive change,” per the organization.

“Everything Formula E does will showcase how we are leading the way in sport, on and off the track,” Chilcott says in a  release. “It is the combination of thrilling electric street racing, innovation, sustainability, and positive impact that makes Formula E unique in global sport.”

The 60-second spot starts with quiet imagery showing different aspects of electricity before shifting to vivid racing images for the last half.

Recognizing the impact of sport as a force for good, Formula E was founded to counteract climate change by accelerating the adoption of electric vehicles, a mission which has since evolved to an all-encompassing race for better futures.

The campaign comes on the heels of the news that French automaker DS Automobiles is committing to Formula E’s Gen 3 car debuting in the 2022/2023 race season (Season 9). DS will join manufacturers Mahindra and McLaren.