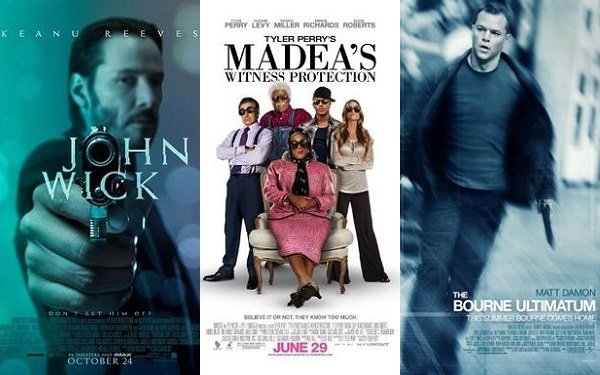 With all due respect to the work and artistry of John Garfield, it is worth pondering how long cable’s great old-movie repository Turner Classic Movies can continue with its emphasis on cinema that is by now 60, 70 and 80 years old or more.

Garfield, a well-respected actor in a series of mostly gritty black-and-white movies released chiefly in the 1940s and early-’50s (he died in 1952 at the young age of 39), happens to be TCM’s “Star of the Month” this month.

First, and before going further, a disclaimer: The TV Blog fully realizes that TCM’s success (as evidenced by its longevity as a fixture on the basic-cable landscape) is likely based on its devotion to these movies of a certain age and stars such as Garfield.

TCM’s audience -- which includes your faithful TV blogger almost every day -- expects to see a certain kind of old movie when checking into the channel for something to watch.

Very generally speaking, and taking into account the fact that TCM does show some movies from as recently as the 1990s (such as 1993’s “Age of Innocence” this past Sunday night, for example), the majority of TCM’s offerings would appear to be from before 1960.

But how long can a strict reliance on movies mostly produced and released before 1960 be maintained by TCM far into the future?

Or to look at it another way, what movies and stars from more recent decades might be deemed classic by the programmers of TCM and their audience decades from now?

The TV Blog has a few suggestions on that, based on the movies that are shown frequently here in the present day on basic cable and, in the process, are chopped up and disrupted beyond belief in order to accommodate basic cable’s apparent need to achieve maximum commercial tonnage within everything it airs.

With any luck, these sure-to-be classics will be rescued from their battered states and restored at some future time for presentation on TCM with all the loving care -- and erudite intros and outros -- that accompany the channel’s current presentations of classics from the Golden Age of Hollywood.

Many years from now, what movie buff in the year 2035 won’t feel a thrill shoot up his leg or spine when hearing the news that TCM’s “Star of the Month” will be Keanu Reeves?

Reeves, who will then be 71, might even be seen in an in-depth interview with TCM host Ben Mankiewicz (who will be 68) giving his memories and impressions of such cinematic career milestones as the “Bill & Ted” movies, “Speed,” the “Matrix” films (whose futuristic storylines will probably come true by 2035) and, best of all, the series that represents the pinnacle of his cinematic oeuvre, the “John Wick” movies.

These action movies starring Reeves as an indestructible super-assassin are irresistible even in the sorry state in which they are shown today. One can only imagine what they looked like when they were new and played in movie theaters (remember them?). Our only hope: TCM, circa 2035.

What else? The TV Blog predicts that in the future, entire evenings on TCM will be given over to the Matt Damon “Bourne” movies and, even better, the comedic exploits of “Tyler Perry’s ‘Madea’ ” and Martin Lawrence’s “Big Momma” -- movie series that are so popular today that they are shown almost constantly on cable.

Can you imagine what they must be like in pristine, original condition? Answer: Even more hilarious than they are now, if that is humanly possible.

In the future, there might still be a portion of the old-movie audience who will balk at the gradual fading of Joan Crawford “Star of the Month” celebrations and special evenings showcasing the lesser-known works of Orson Welles.

But when the possibility emerges for a solid month of Will Ferrell comedies when he is TCM’s “Star of the Month” some time in 2035, then it will be easy to forget all about them.

A month-long celebration on TCM of Ferrell classics such as the “Anchorman” movies, “Semi-Pro,” “Stepbrothers,” “Talladega Nights: The Ballad of Ricky Bobby,” “Old School,” “Blades of Glory” and others too numerous to mention is such a tantalizing prospect that I hereby vow to make every effort to live long enough to see it.