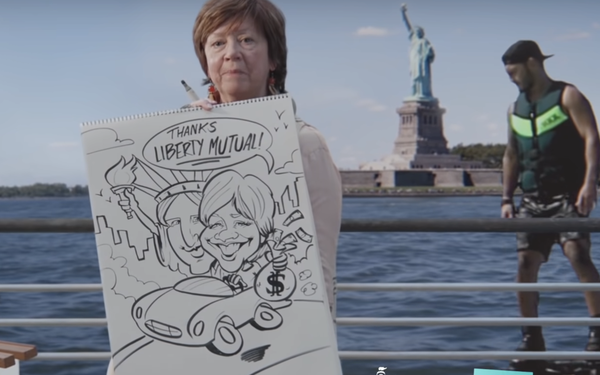 Quick! What’s the most annoying ad jingle ever?

How about that Liberty Mutual one (“Liberty, Liberty, Liberty…Liberty”)? It topped the list of the 10 most-annoying and 10 most-hated jingles in a recent consumer study of the staying power of ad jingles conducted by Quality Logo Products.

Part of the problem with the Liberty jingle was its repetition -- which can indeed be maddening. Consider the high annoyance factor of an ad from the ‘70s not cited in the study, Whisk’s “Ring around the collar,” which featured those words sung three times in a gratingly obnoxious taunt.

But repetition can help provide another quality marketers do want in their melodic ads: catchiness, closely related to memorability. In fact, the Liberty ad made it to number 10 of the catchiest -- “thereby proving the point that annoying doesn’t necessarily mean ineffective,” according to the study. “In the words of a 69-year-old woman from Florida, ‘Even if you hate it, you remember the product.’”

Liberty was also part of the product category that wound up figuring most strongly in the study.

“No other industry had as many easily identified ads, with four insurance jingles -- Farmers, Nationwide, State Farm, and Liberty -- ranking in the top third for recognizability.”

There’s a definite nostalgic quality to the list of 67 jingles provided by Quality Logo for consumer to rate  -- everything from Campbell’s Soup's “mm-mm good” jingle, which debuted in 1935, to yes, the Coca-Cola ad (I’d like to teach the world to sing”) that became the very last scene in “Mad Men.”

“The top 10 most recognizable jingles are all attached to brands between 50 and 100 years old,” noted the study. “Five of those jingles themselves reach back to the 1960s.”

So does that mean jingles are outmoded? Certainly, they’ve been used less in recent times, often replaced by “today’s pop songs and yesterday’s classics,” according to a 2016 story in TheAtlantic that asked “What killed the jingle?”

But the study also cites a 2017 Forbes post that predicted a comeback in jingle use, noting that“Brands that continue to harness the art of the jingle, such as McDonald’s, are thriving.”

Indeed, McDonald’s most recent jingle -- “Ba-da-ba-ba-baaa … I'm loving it” is 18 years old and going strong, winning the top spot of most-likeable jingles, and number 2 on the list of those Americans remember best.

The online study involved 735 U.S. residents rating the 67 jingles supplied by Quality Logo Products. “We didn’t use audio because we wanted to test unaided recall,” notes a company spokesperson. “But we asked the questions several ways. Some asked if people could name the company based on a lyric. There were some fill-in-the-blank questions where respondents needed to supply the missing lyrics or complete a lyric. There were recognition questions, asking if they could recall the tune. And at the end, we asked how people felt about the jingles they remembered clearly.”

The full report has many categories of top-10 lists, but here are the jingles consumers remembered best:

1. “Nationwide is on your side”

9. Nestlé's “Break me off a piece of that Kit Kat Bar”