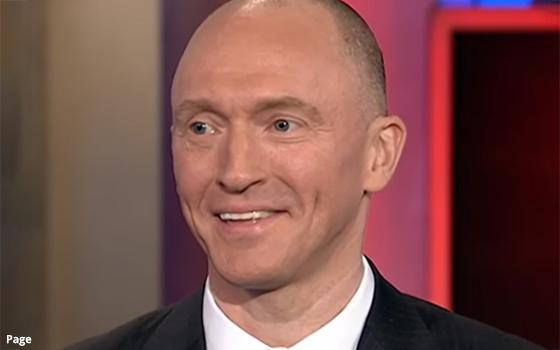 Verizon has defeated a lawsuit brought by former Trump administration advisor Carter Page, who alleged he was defamed in 11 online articles -- one that appeared in Yahoo and 10 in the Huffington Post.

In a 19-page opinion issued late last week, Delaware Superior Court Judge Craig Karsnitz said Page hadn't shown that the Yahoo article -- which ran in September of 2016 and was authored by Michael Isikoff -- was false. Only false statements can be defamatory.

The dispute dates to 2017, when Page sued Verizon's Oath unit in federal court over the pieces. (A federal judge dismissed that case, after which Page sued in Delaware state court.)

Among other allegations, Page said Isikoff's article in Yahoo focused on “false allegations about meetings” between himself and Russian advisers.

Karsnitz said in his ruling that Page hadn't shown any statements in the article were untrue.

“As a general matter, the article simply says that U.S. intelligence agencies were investigating reports of plaintiff's meetings with Russian officials, which plaintiff admits is true,” the judge wrote. “The article does not claim that plaintiff actually met with those officials.”

Karsnitz added that the article was covered by the "fair report" concept, which protects articles that are “fair and accurate” reports of governmental proceedings.

“Plaintiff admits that he was the target of the U.S. government's and the U.S. Congress's investigations,” the judge wrote. “Because the Isikoff article provided a fair and accurate report of those proceedings, the fair report privilege applies.”

The judge also ruled that Section 230 of the Communications Decency Act protects the Huffington Post from suit over seven of the articles, which were written by outside contributors.

The other three articles, which written by employees, didn't meet the standard for defamation because they were true, according to Karsnitz.

“This is not a controversial application of Section 230,” the judge added. “The law was designed to foster a 'true diversity of political discourse.' By allowing third parties to comment on an issue of immense political concern, HuffPost did just that.”

Section 230 is under increasing scrutiny on Capitol Hill these days, with politicians on both sides of the aisle floating efforts to revise the 25-year-old media law, which protects web companies from liability for users' posts, as well as for content moderation efforts.

The bill quickly drew criticism from numerous advocacy groups, as well as from Section 230 author Senator Ron Wyden (D-Oregon), who reportedly said the proposed revision would “devastate every part of the open internet, and cause massive collateral damage to online speech.”