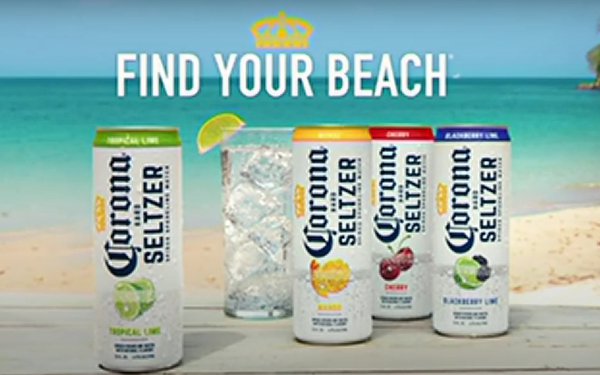 It’s a lawsuit over a beer brand name, but the battle is really all about seltzer.

Mondelo filed the suit in the U.S. district court of the southern district of New York.

But the matter is not cut-and-dried, because Constellation says that very clearly, seltzer is defined as a beer product. Hence, no foul.

“While we generally don’t comment in specific detail about matters involving litigation, what we can say is that we’re frankly very surprised by this development,” a company spokeswoman told Marketing Daily via email.  “We find these claims, including the insinuation that Corona Hard Seltzer should not be classified as beer or a version thereof, to be completely without merit, a blatant attempt to restrain a strong and well-established competitor in a high growth segment of the U.S. beer category, and completely misaligned with general industry and legal standards.”

Under the regulations of the Alcohol and Tobacco Tax and Trade and Bureau, hard seltzer is considered beer, and taxed and defined that way, according to the authoritative Lehrman Beverage Law service and other sources. Other big seltzer marketers, including Anheuser-Busch's Bud Light Seltzer, fall under the same law and definition.

In the beer business, a hard seltzer is called an FMB, for “flavored malt beverage” and sales of the category have grown fast. It was not a part of the traditional beer business when Anheuser-Busch InBev acquired Grupo Mondelo in 2013. To make that deal and satisfy U.S. antitrust concerns, it was required to sell the U.S. branch of the business -- which also includes Modelo beer -- to Constellation.

Now, a few years later, Corona’s hard seltzer has taken off fast, becoming the fourth best-selling brand in a year’s time, right behind Anheuser-Busch’s Bud Light Seltzer, which has also grown quickly in roughly the same time period. Leaders White Claw and Truly control about 75% of the market. Beer Marketer’s Insights recently reported that all told, there are 150 hard seltzer brands now on the market, but the top five brands capture 90% of all sales.

At breweries big and small, hard seltzer is hot; beer, comparatively, is not.  Hard seltzer sales were $210 million in 2018. A year later, that went up all the way to $1.2 billion, and last year, according to new figures from the Bump Williams consulting firm cited by beer website Brewbound, sales topped $4 billion.