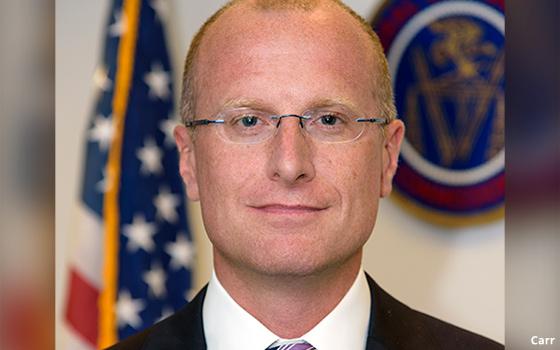 Specifically, Carr endorsed the former administration's attempt to revamp Section 230 of the Communications Decency Act -- which protects companies from liability for content posted by users -- even though doing so would clearly interfere with web publishers' editorial decisions.

And FCC Commissioner Nathan Simington -- who was tapped to replace Michael O'Rielly after he said the agency shouldn't attempt to regulate social media platforms -- helped draft the former administration's petition to revise Section 230.

Neither evidently deemed it problematic to attempt to intimidate social media platforms into revamping their content moderation policies.

But when it comes to conservative television outlets, both commissioners are now rallying around the First Amendment.

“What time does the Democrats’ book burning party start?” Carr tweeted, after learning that House Democrats are questioning cable providers and streaming services about decisions to carry Fox News, One America News Network, and Newsmax.

“Our country’s public discourse is plagued by misinformation, disinformation, conspiracy theories, and lies,” the lawmakers said Monday in a letter to the companies.

“Some purported news outlets have long been misinformation rumor mills and conspiracy theory hotbeds that produce content that leads to real harm,” the lawmakers added. “Misinformation on TV has led to our current polluted information environment that radicalizes individuals to commit seditious acts and rejects public health best practices, among other issues in our public discourse.”

Eshoo and McNerney asked the broadcasters and streaming providers to answer a host of questions, including whether they plan to continue carrying Fox, Newsmax and One America News Network after their current contracts expire.

“By writing letters to the cable providers and other regulated entities that carry these news media outlets, the Democrats are sending a message that is as clear as it is troubling -- these regulated entities will pay a price if the targeted newsrooms do not conform to Democrats’ preferred political narratives,” he stated. “This is a chilling transgression of the free speech rights that every media outlet in this country enjoys.”

Simington separately criticized Eshoo and McNerney for attempting to “intimidate” the cable and streaming companies.

He stated that the Democrats' letter “could be read to imply that action will be taken under the Communications Act should the recipients not agree in advance to chill their speech.”