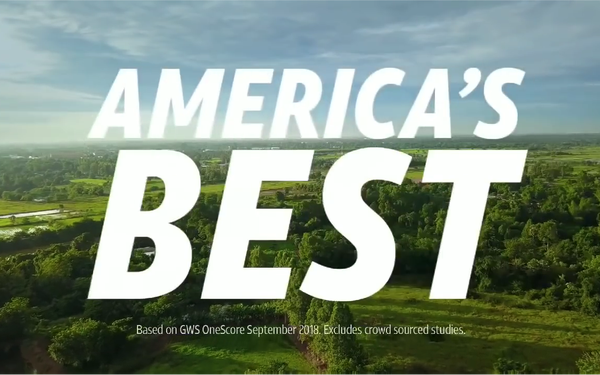 AT&T should revise or discontinue boasts in TV ads that its upcoming 5G service will be built on “America's best network,” a self-regulatory watchdog recommended.

The ads, which were part of AT&T's “Just OK is not OK” campaign, included a voiceover at the end that said the company was building 5G on “America's best network.”

The National Advertising Review Board said AT&T should either “discontinue the claim that AT&T is 'Building 5G on America’s Best Network,' or state in the body of the claim that the 'Best Network' referred to is AT&T’s 4G network.”

The appellate unit noted that the National Advertising Division decided in 2019 that AT&T could advertise its 4G network as America's “best wireless network” -- provided the company also said the boast was based on a test by Global Wireless Solutions, and disclosed a connection to the testing company. AT&T is a client of Global Wireless Solutions.

The appellate board reiterated those recommendations in its new decision.

The ruling stemmed from a challenge to AT&T ads by Verizon, which objected to several aspects of the ads, including AT&T's claim to offering the best network.

The National Advertising Division rejected some of Verizon's arguments last year, but recommended that AT&T stop saying it was “Building 5G on America's Best Network.”

AT&T said it disagrees with the watchdog's recommendations regarding revisions to its ads, but will comply.