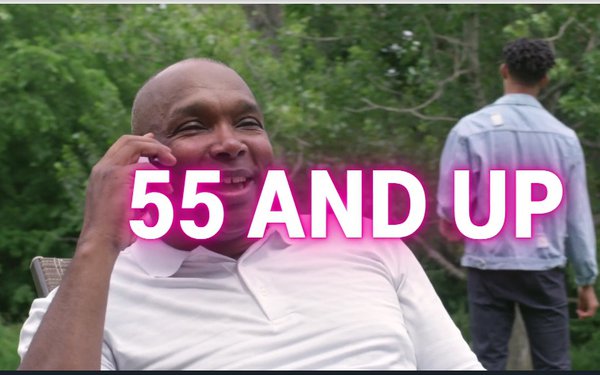 With its customary swipe at other wireless providers, this week T-Mobile debuted its new Magenta Max Unlimited 55 phone plan that offers 55+ unlimited talk, text and data, 5G access at no extra cost, 4K UHD streaming  and free Netflix for $45 a month. That’s based on two lines of coverage.

The Magenta Unlimited 55 and Max are among other new plans T-Mobile is hyping in a commercial now on TV and on digital platforms.

For cellphone users of a certain age, or even well past it, T-Mobile has positioned itself as the carrier that cares, and in its announcement of Max Unlimited 55, it lampooned AT&T and Verizon for insufficiently serving older users.

“People over 55 invented the smartphone and the mobile Internet. But wireless providers consistently condescend to them with limited ‘senior’ plans,” the T-Mobile pitch says of Verizon and AT&T’s 55+ plans that only apply to people in that age  bracket living in Florida.

“Not everyone over 55 lives in Florida,” said Matt Staneff, T-Mobile’s chief marketing officer.  “We’re giving our 55+ customers across the country what they want.”

Starting even before T-Mobile announced its merger with Sprint in 2018, T-Mobile pitched older consumers and chastised its competitors for dumbing them down. A 2017 video from then-CEO John Legere accused competitors of ads with a “belittling” tone and “condescending offers.”  Legere said, “it’s absolute bullshit and degrading at the highest level.”

That video included a cheesy fake commercial  depicting a graying couple competently thumbing through photos on their smartphone. “Tired of squinting and struggling with that smart-aleck phone,” asks an unctuous voiceover,  “when all you want is big buttons?”

“Uh-no,” the startled wife answers. Her husband adds, “We love our phones.” 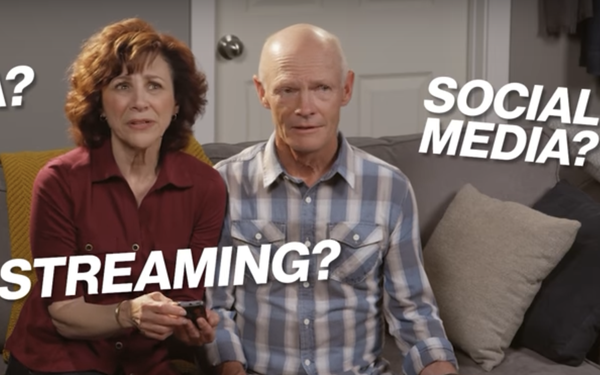 And the elder population is growing fast. There were 54.6 million Americans 65+ in 2020. That figure will rise by 10 million--in four years. T-Mobile, now the second largest wireless provider, is feeling its oats.

The Magenta Max Unlimited 55 is the senior citizen version of the new Magenta Max unveiled earlier this week, It delivers “unlimited premium data, in 4G or 5G, that won’t slow down no matter how much is used, with UHD streaming capability, free Netflix and 40GB of hotspot data for $57 per line (discounted $10 per month for a limited time.)”