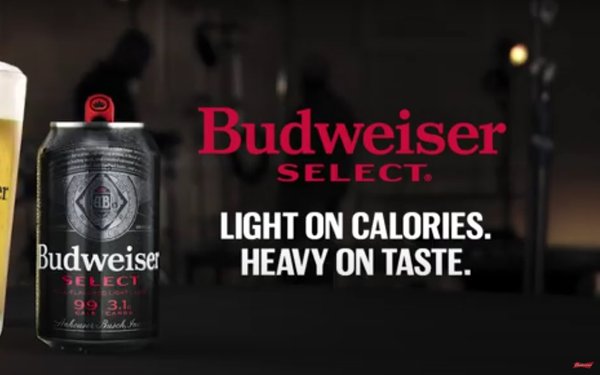 Budweiser on Monday is expected to announce that it’s rolling out the new Budweiser Select brew, another low-calorie offering that kicks itself off with a commercial that speaks directly to Americans’ increasing inability to believe, well, anything

“He passed,” the polygraph operator says, at which time a voiceover butts in: “But what if the lie detector is lying?” So a second operator emerges from the shadows and asks her, “Are you lying?” She answers “No.”

That’s the pitch. Budweiser says Select tastes so much like “real” Budweiser, you can almost imagine the blindfold taste-tests to come.

The beer debut also includes The Live Like A King sweepstakes. One lucky drinker wins the “ultimate Budweiser experience” in Bud’s St. Louis hometown. That includes a meet-and-greet with the Clydesdales.

These ads -- this one is the first in a series -- were created by VaynerMedia and will run digitally and nationally on the MLB network, which Bud Select also partnered with. As the baseball season goes on, Budweiser Select will become quite familiar, starting with the league’s opening week. Social media giveaways and an XM radio buy round out the plan.

Baseball fans who dive into obscure statistics about players and teams could have fun figuring where Budweiser Select fits on the Anheuser-Busch squad.

The more relevant and semi-baffling stat is that Michelob Ultra, the Anheuser-Busch label that has been flying off the shelves -- it’s the second fastest growing brand there is -- has 95 calories and 2.6 carbs and an alcohol content of 4.2%.

So it’s better, but ever so slightly, in every regard than Select in those categories -- and also more expensive

And Bud Light, the beer with Light in its title, has 110 calories, 6.6 carbs, and 4.2% alcoholic content, and is the brewer’s best-selling beer.

A spokeswoman for Budweiser Select reasoned it like this: “Bud Select tastes like the full-bodied Budweiser fans know and love, but with just 99 calories, while Bud Light has a clean taste at 110 calories. Budweiser Select is for consumers that are looking for beer options that are lower in calories, but don’t want to sacrifice taste when it comes to their favorite beer.

“We’re finding that more and more of our core Bud drinkers are caring more about their calorie intake, and Bud Select is a great option for them.”

Bud Select existed once before, in 2005, and while it went away nationwide, it was still available and quite popular in St. Louis, Budweiser’s home town, and some nationwide beverage store chains still fill special orders.  “Reintroducing this fan favorite is just another way we’re continuing to innovate to meet the needs of our consumer,” said Monica Rustigi, vice president of Budweiser marketing.