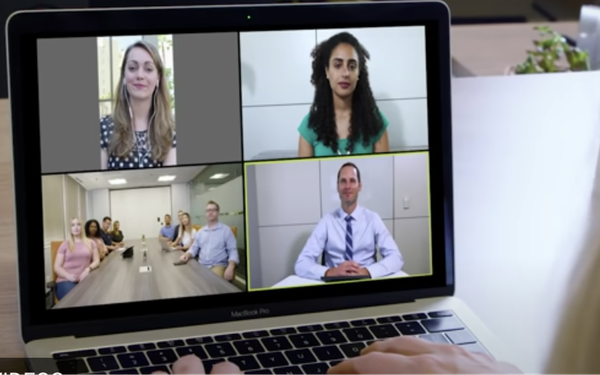 Now that so many employees work from home and often communicate via Zoom, the pitfalls of the video conferencing site have in many cases replaced the irritants of the brick-and-mortar office.

Blind, an app that lets users participate in anonymous email conversations to have frank exchanges, this week asked its members to weigh in with thoughts on Zoom. Many of its one million or so U.S. members work for Silicon Valley tech firms or other top corporations, so they likely have Zoom calls all the time. And they don’t seem to like it.

Of 2,300 respondents, 70% said, yes, they stare at themselves during Zoom meetings.

And 24% said they feel their co-workers make excessive eye contact during Zoom meetings.

Finally, a whopping 77% of these professionals get tired when participating in Zoom calls.

An interesting aspect of this data is that Blind members can be identified by their companies, so it’s possible to glean attitudes about Zoom from some of the nation’s highest-profile companies. Blind only grouped them if 10 or more employees answered.

For example, exhausting Zoom calls seem to be a problem at Mailchimp (93% say so), Microsoft (85%), Facebook (84%) and Google (80%). Users at cloud-computing company Nutanix need a coffee cart  after a Zoom call, though 100% of respondents  did at least  muster the energy to weigh in on the subject at Blind.

As for the self-starers, there’s a lot of that going on at Amazon, Google and Walmart (70% of respondents from each of those companies said so) and especially at Dell (80%). As for co-workers giving excessive stares at the respondent, while the overall percentage was 30%, at Autodesk, 46% of the respondents feel they’re being gawked at, and 33% at Cisco.

The data from Blind is anecdotal, but the idea of Zoom fatigue is real enough.

Last month,  Jeremy Bailenson,  a professor and founding director of Stanford University’s Virtual Interaction Lab, explained that using meeting platforms like Zoom can tucker you out because we’re not accustomed to making that much face-to-face contact, even during a real-life meeting, and because you’re also required to make obvious gestures, so others know you’re agreeing or have another point to make.

And, as the Blind survey also seems to amplify, seeing yourself via a Zoom stream can itself tire you out, like walking around with a mirror up to your face all the time.

It’s not that Bailenson thinks Zoom is harmful, but that it requires participants to deal with certain issues when using it.

Zoom more or less came out of nowhere during the year of the pandemic. In its earnings report for 2020, revealed Monday, it said its revenues of $882 million for the first quarter ending Jan. 31 represented a 369% jump from a year ago, before the pandemic took hold.

covid-19, technology
1 comment about "Some Users Get VERY Tired On Zoom -- And Look At Themselves A Lot".
Check to receive email when comments are posted.
Next story loading