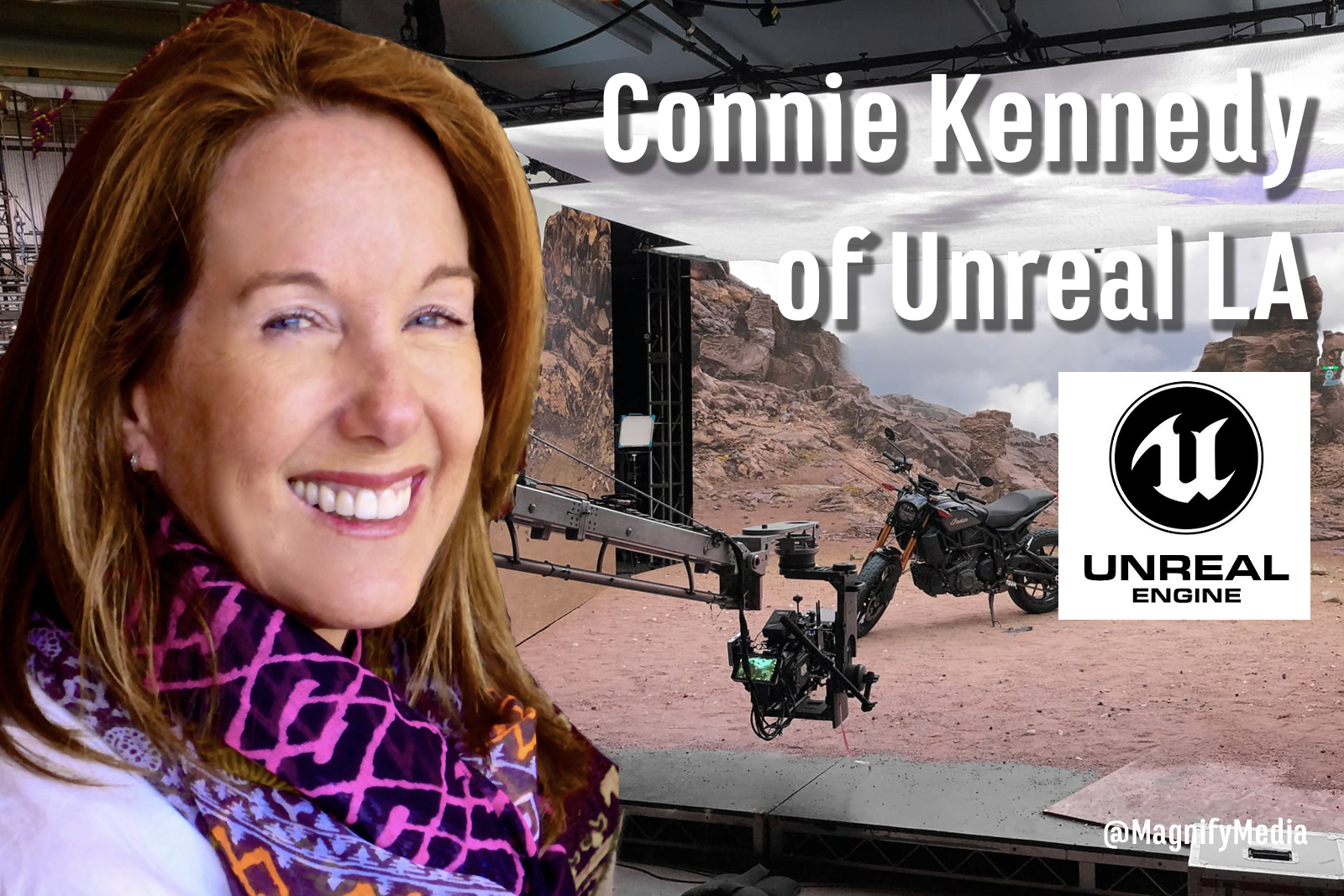 Film and television production has always been expensive and complicated. Big crews, big casts, big sweeping sets, and then… big screens to watch them on. Popcorn and soda extra, but really not optional.

There is now a new technology, broadly known as virtual production, that has been changing the nature of how projects are produced. You can see it at work on the "Star Wars" series “The Mandalorian,” which has been a smash hit on Disney +.

Surprisingly, the technology is from the creators of the video game Fortnight, it's called Unreal Engine, and it's owned by Epic.

As the pandemic complicated the making of movies and TV shows, virtual production has brought location production onto a massive stage in Los Angeles. "I think it's really driven the technology along more so than it may have otherwise... because I think the ability for all of us to trust virtual solutions has changed," Connie Kennedy, the head of Epic's LA Lab, told Variety. She noted further that working from home was previously seen as “detrimental to the productivity of many companies,” but “has been proven quite the opposite.” "

Virtual production is the evolution of location production. In the olden days, actors would perform in front of a green screen, and then all of the virtual elements were included in post-production. But as Unreal Engine rolled out, it was clear that you could take 3D scenes and then bring them onto high-resolution LED screens so that actors were performing with the 3D elements wrapped around them.

That means productions like “The Mandalorian” had all the performers and virtual effects and set pieces rendered in real time, and captured in-camera, with director Jon Favreau able to make changes, adjust scenery, and change camera moments and virtual set pieces in real time.

But what does this have to do with you?

Well, it turns out, a lot. Because Unreal Engine is free, you can download it right now. And around the world, film students are doing just that. UnReal is rapidly being adopted in advertising, architecture and automotive companies.

Creators and designers are creating together in real time and then adapting changes in a collaborative 3D environment.

For film and television, Unreal has just released an extraordinary new tool that creates the one thing every director needs to make his story come to life: actors.

Epic announced a software tool powered by its Unreal Engine called the MetaHuman Creator. It can craft extraordinarily realistic human faces. Epic demoed MetaHuman in a YouTube video, and it's worth checking out here.

Unreal Engine isn't a solution to a particular production problem. It's a powerful new way to create digital environments, interact with them, design in them, and transform the line between the digital and the physical. The world of games has become more realistic, and now with MetaHuman, it seems almost indistinguishable from real people in the real world.

Connie Kennedy has spent a career in film and TV. At Epic, she's working with top studios to leverage real-time video game engines in innovative ways on projects like "The Mandalorian" and "Westworld." She previously co-founded Profile Studios, a pioneer in the area of virtual production, with credits including "Star Wars: Episode VII - The Force Awakens" and "Avengers: Endgame." She says that Epic and the Unreal Engine can use high-end LED walls to bring the magic of VFX directly to the cast and crew while filming.

Kennedy will be on stage at the NYC Media Lab's virtual conference. "Technology + Storytelling: Engaging The Immersive Future" event, to be held March 10 in a brand new immersive environment known as the Media Lab Exploratorium.