'Film Comment' Begins To Ramp Up After Forced Hiatus 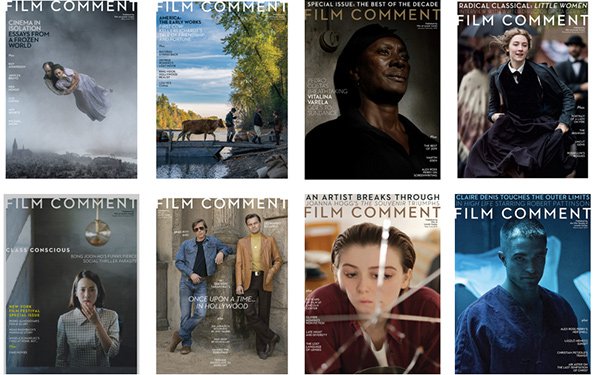 The pandemic has been tough on the film industry — including its magazines.

The bimonthly Film Comment, which kicked off in 1962, took a publishing break, but is returning this spring with a new weekly digital letter every Thursday. It’s also relaunched its podcast, which airs Tuesdays.

The brand, which focuses on news, reviews and criticism of films — mainstream to art house — as well as streaming picks, festivals and repertory cinema, has had a “challenging year and much remains uncertain,” admits publisher Eugene Hernandez. “In the coming months, we’ll continue to expand our efforts as Film at Lincoln Center operations resume.”

The March 10 podcast discusses the Berlinale 2021, including Alexandre Koberidze’s “What Do We See When We Look at the Sky” and “The Girl and the Spider” from Ramon and Silvan Zürcher. The next podcast is March 16 with a focus on virtual film festivals. Subscriptions are available on Soundcloud, iTunes, Google Play, Spotify and Stitcher.

The Letter will be delivered directly to subscribers’ in-boxes every Thursday before being made available on filmcomment.com the following Monday.

While on hiatus, Film Comment earned the National Society of Film Critics’ prestigious Film Heritage Award, as “the most substantial and wide-ranging American film magazine.”

The caveat for the industry is pandemic numbers and vaccine status.

“While we are aware of the recent announcement from the Governor’s Office allowing New York City movie theaters to reopen, in the interest of the safety of our staff and audiences, Film at Lincoln Center’s theaters remain closed. We continue to monitor the situation closely and will share further information about our plans to reopen when possible,” an FLC spokesperson told Publishers Daily.