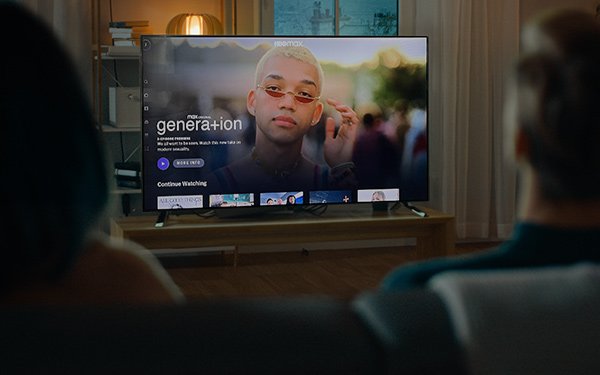 AT&T’s HBO Max says it already has $80 million in upfront advertising commitments for a planned launch of its advertising option in June.

“We believe we are already the No. 1 revenue-generating stand-alone subscription video-on-demand service in the U.S.” he says. “We earn 90% in margin from each retail subscriber that we add.”

Kilar expects HBO Max/HBO to more than double in revenue over the next five years to $15 billion. He estimates HBO Max/HBO will break even in 2025.

WarnerMedia’s dramatic move for 2021 to offer a full year of 18 theatrical movies on HBO Max at the same time as in theaters is working.

Kilar says: “Since launching this strategy since December, movies are often the first title viewed among new subscribers. We have seen a reduction in churn, in part due to the motion-picture strategy.”

As far as audience breakdown is concerned, he says, 43% of HBO Max viewers are under 35, with 50% of the audience being female. The linear HBO TV network has a slightly more male-oriented viewership.

The CEO also says international business is building this year. HBO Max is launching 60 markets outside the United States in 2021 -- 39 territories in Latin America and the Caribbean in late June and 21 territories in Europe in the second half of 2021. There are currently around 61 million worldwide subscribers.

Total U.S. HBO Max/HBO subscribers are now at 41.5 million: with 37.7 million for HBO Max. This is faster than anticipated -- and up 20% from a year ago (34.6 million). Existing HBO subscribers can “activate” HBO Max at no additional cost.

AT&T has raised its estimates on subscribers for HBO Max/HBO -- now anticipating to hit 120 million to 150 million worldwide subscribers by 2025. This is up from its initial projection made 18 months ago of 75 million to 90 million.