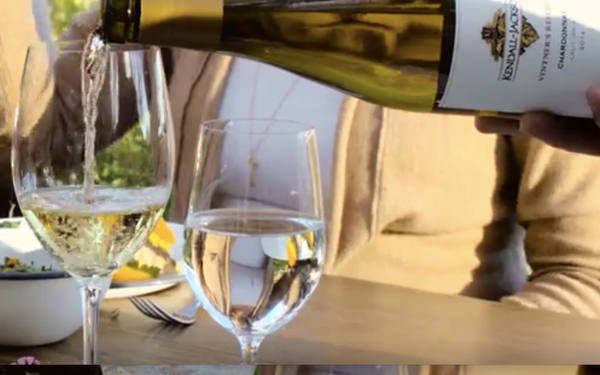 Kendall-Jackson and La Crema, California wines both owned by Jackson Family Wines, will become the “preferred wines” of the Kentucky Derby as part of a four-year agreement

That means wines from the two wineries will be served to the crowd -- however big or small it is -- on Derby Day on May 1, along with other endorsed beverages. That’s quite a sampling opportunity.

This is a hoped-for bounceback year for the Kentucky Derby, which moved from its traditional time -- the first Saturday in May -- to Sept. 5 in 2020 because of the pandemic. On the new date, because of COVID-19, the huge crowd was altogether gone, and the TV audience was down 49% from the year before.

This year, with the event's trajectory yet to be determined, the spectators will be back, following precautions.

Kristin Warfield, vice president of partnerships at Churchill Downs, figures attendees will be at the track for 12 hours. Subtracting the preliminary races and the Derby itself, the rest of the time the crowd is left to their own pursuits. “That’s 11 and a half hours to do other stuff. When you like wine, that’s a pretty good time to try some,” she said.

In years to come, the wines will be able to tap their association with the famous track at wine stores and their own wineries, and on online venues. “That’s where the market is moving,” Warfield said. Premium bourbon Woodford Reserve is a “presenting sponsor” and its logo appears on some Kentucky Derby signage and letterheads.

“With reduced attendance this year, we are placing a heavier emphasis on digital outlets to bring the Derby experience to consumers at home,” said Rick Tigner, the CEO for both wineries.  That includes a Kentucky Derby at Home feature that will pair wines with official Derby cuisine and other recipes.

Warfield said the Kendall-Jackson connection should be a natural fit. Founder Jess Jackson and Barbara Banke, the winery company’s proprietor and chairman, started breeding elite horses in 2005 at its Stonestreet Farm in Lexington, Kentucky.

Banke noted the partnership will bring “two of our greatest passions together on the global stage.”

Kendall-Jackson is known for its Vintner’s Reserve chardonnay (“America’s favorite,” it proclaims ) and other wines that make it a familiar tasting stop in Sonoma County. The La Crema winery, about two hours north, is known for its cool-climate appellations.

Both wineries will be also have a special tent featuring more limited vintages, and the brands will be featured at the race track’s private Turf Club.

Warfield says this year, most likely the grandstands will be limited to 40%-50% of capacity. Last year, officials intended to let in about 23,000 fans, but in the weeks before the big rescheduled event, attendance was banned altogether as the incidence of the virus spiked.

At this point, officials have said the infield won’t be opened, though that might change. Usually, 70,000 or more standees cram that space.

Wrote the Thrillist website in 2018, comparing the grandstand to the infield, “On the one hand you have the refined celebration of the upper crust in the stands. And on the other you have a rager to rival the most extreme spring break you can imagine on the infield.

Tigner has some infield ideas of its own. “We’re creating  a fun and flirty Kendall-Jackson and La Crema photo filter for Instagram that places consumers at the track, for all those Instagrammable moments,” he said.