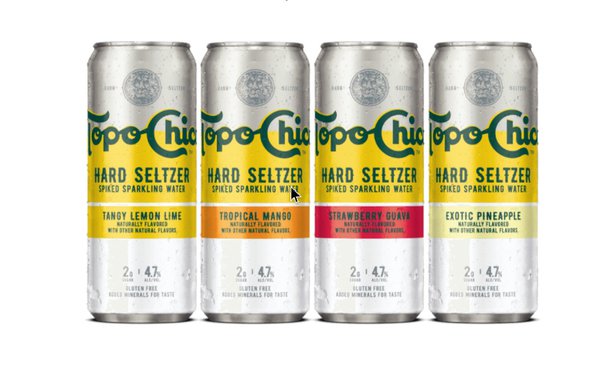 The niches in the hard seltzer business are getting harder to find. The new Topo Chico hard seltzer, according to distributor Molson Coors' blog, “will make the Topo Chico trademark perhaps the highest-profile non-alcohol brand on a hard seltzer.”

In other words, Topo Chico, a major brand in Mexico for its mineral water, will now be branded on a hard seltzer that is 4.7% alcohol-by-volume (ABV).

Topo Chico’s 125-year old mineral water brand is already a staple as a mixer in some bars and as a seltzer throughout Mexico and Texas.

But the company’s vistas expanded when it was purchased by the Coca-Cola Co. for $220 million in 2017. Coca-Cola made a deal with Molson Coors to to manufacture, market and distribute the hard version, with the plan to bring it to the U.S. this year.

Though Molson Coors seems to be leading the publicity on the new hard seltzer, the launch also marks Coca-Cola’s first involvement with an alcoholic beverage in the U.S. since it sold the wine company that made inexpensive Franzia, Mogen David and Tribuno wines in 1983.

Leaders White Claw and Truly control about 75% of the hard seltzer market. Corona, Bud Light and Molson Coor’s Vizzy round out the high fliers.

Beer Marketer’s Insights recently reported that all told, there are 150 hard seltzer brands now on the market.

So many hard seltzer brands seem to be fighting for table scraps of the market, or maybe hoping some marketing miracle will create a new sensation headed its way, like what happened in 2016 when White Claw was introduced.

The Molson Coors company blog points to that glut in the marketplace.The company says Topo Chico sales, combined with Vizzy and its Coors hard seltzers, will mean the company could control 10% of the market.

The new product's Mexican roots will probably be pushed, a not-inconsiderable asset in the U.S., with a growing Hispanic population and over 55,000 Mexican restaurants, according to a 2020 IbisWorld report. Many of them serve alcohol.

Many hard seltzer brands have some specialty or niche to fill. For example, most hard seltzers hover around the 4% ABV mark, but Natural Light Seltzer boosts it to 6%, and Pabst Blue Ribbon Stronger Seltzer takes it to 8%.

Michelob Ultra’s new seltzer is a USDA-certified organic. And Vizzy promotes that it’s made using the acerola cherry, a “super-fruit” rich in the antioxidant vitamin C.

Last week the Center for Science in the Public Interest and the Consumer Federation of America urged the FDA to begin enforcement proceedings against Molson Coors for the Vizzy campaign, claiming the pitch  violates FDA rules that discourage companies from fortifying alcoholic drinks with vitamins.