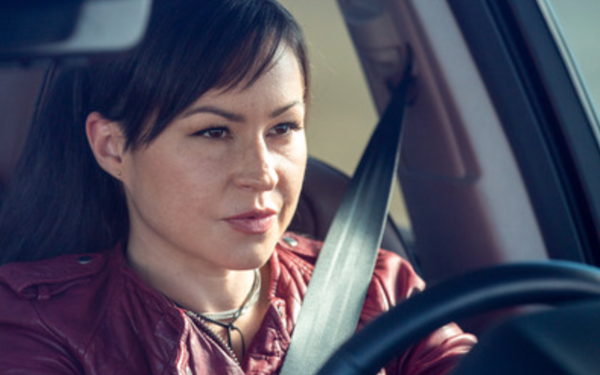 In an effort geared toward Hispanic consumers, Acura is showing off the performance of its flagship vehicle, the all-new 2022 MDX three-row SUV.

Creative stars a working mom -- but with a twist, as her work entails stunt-driving the MDX being filmed for a fictional television commercial. The spot wraps with the mom’s family visiting the set, in their own Acura MDX, to pick up their mom from work.

The campaign was developed around the importance of family to Hispanic car buyers, especially female drivers who make up 40% of MDX sales in the Hispanic market, according to Acura, Honda's luxury division.

The 30-second “Working Mom” spot is airing in both Spanish and English through the spring. It is set to the soundtrack “NMI” by Samantha Sanchez, a Madrid-born singer-songwriter and content creator.

Creative highlights the premium performance of the MDX along with features that families look for in a luxury SUV such as a spacious interior and technology like Amazon Alexa Built-In, Wireless Apple CarPlay and Android Auto integration.

The online video is streaming on networks including Hulu, as well as on high impact digital media and editorial networks (People en Español and Mamás Latinas).

As an extension of the TV campaign, a series of 15-second videos will run throughout March, targeting the Hispanic audience on Facebook and Instagram.

The social videos also focus on highlighting the balance between work and family, showcasing a Hispanic family enjoying activities that MDX’s target audience can relate to, including exercising, dancing and making dinner.