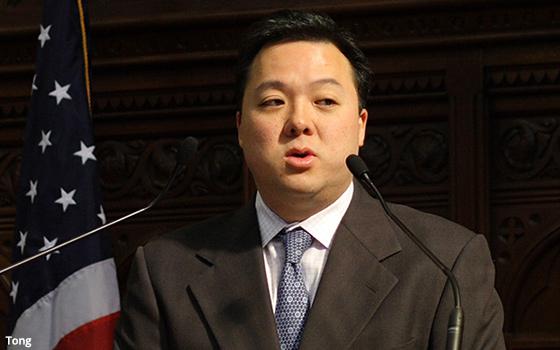 Facebook and Twitter should more aggressively combat misinformation about the COVID-19 vaccines, 12 attorneys general say in letters to the companies.

“Misinformation disseminated via your platforms has increased vaccine hesitancy, which will slow economic recovery and, more importantly, ultimately cause even more unnecessary deaths,” Connecticut Attorney General William Tong and 11 others said Wednesday in a letter to Facebook CEO Mark Zuckerberg and Twitter CEO Jack Dorsey.

The letter comes one day before Zuckerberg and Dorsey as well as Google CEO Sundar Pichai are expected to testify at a House hearing that will address social media's role in spreading disinformation, including anti-vaxxer conspiracy theories.

The attorneys general write that anti-vaxxers “are using social media platforms to target people of color and Black Americans.”

The law enforcement officials acknowledge that Facebook and Twitter have policies aimed at limiting the spread of conspiracy theories about vaccines, but say neither company has gone far enough.

“It is apparent that Facebook has not taken sufficient action to identify violations and enforce these guidelines by removing and labelling misinformation and banning repeat offenders,” the attorneys general write. “Twitter and Facebook have yet to remove from all their platforms the accounts of prominent 'anti-vaxxers' who have repeatedly violated the companies’ terms of service.”