A Rebrand For Reckitt, Maker of Lysol And More 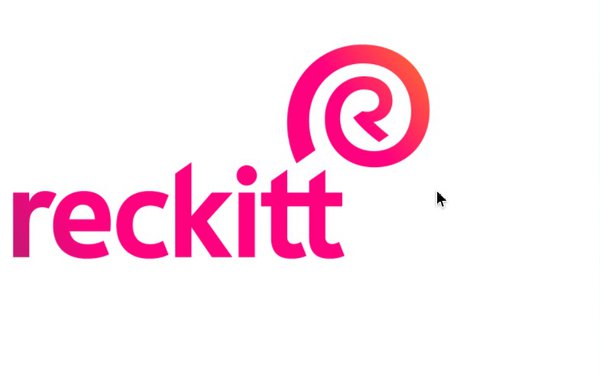 Reckitt, the British consumer packaged goods company, best known these days for its Lysol products, unveiled a rebrand campaign to explain “our heritage, our purpose, our fight and our compass, with energy and impact.”

The new symbol is  a "bespoke" stylized R logo in the company’s new pink palette.

The change to the name Reckitt may be the biggest shift. Though that’s what it has been called informally for years, the company's full name was Reckitt Benckiser, and current packaging includes a stylized RB symbol. Now, officially it is just Reckitt, and the new symbol reflects that.

He said the new look is “a visible symbol of our corporate purpose and the change that has been taking place across the business."

Reckitt manufactures a wide and widely disparate array of well known brands. Besides Lysol,  brands in the U.S. include  Calgon, Finish, Woolite, Clearasil, Air Wick, Mucinex, Gaviscon, Durex and others.

“We sell more than 20 million of our trusted products to people every day, yet there is less recognition of the company behind those brands,” said Jo Osborn, vice president, internal communications and corporate brand.

The product brand logos and packaging aren’t changing, a spokesman confirmed. But the new corporate logo will appear on product containers, and the company will do some corporate branding and produce stand-alone ads for itself here and abroad.

A new YouTube video released Tuesday proclaims that "our new name and brand are the symbols of how we are energetically, sustainably, relentlessly pursuing a cleaner, healthier world.”

Lysol canisters flew off grocery shelves with the onset of the pandemic. Last July, it  became the first disinfectant product in the U.S. to be officially approved to specifically protect against SARS-CoV2, the virus that causes COVID-19, by the Environmental Protection Agency. Other disinfectants  from other brands quickly followed.

According to Reuters, helped greatly by Lysol sales, Reckitt reported an 11.8% rise in sales in 2020 to almost $19.8 billion, the largest increase since Reckitt’s current formation in 1999. The financial wire service said Reckitt expanded distribution of hygiene products to more than 40 new markets in 2020 and expects to reach 30 more by the end of this year.