Engine's Scott Schiller On Why 2021's Upfronts Should Be Different 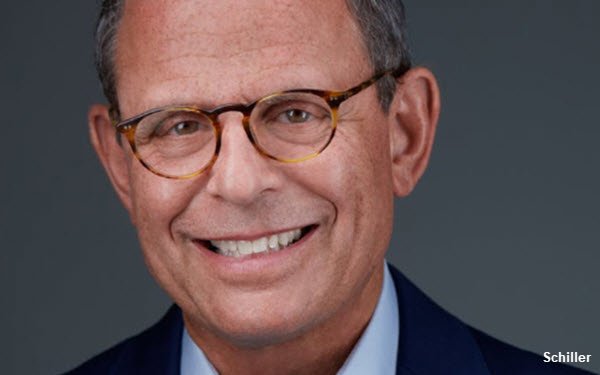 Calls for an overhaul of media sales and buying practices have increased in recent years, along with the number of viable platforms and techniques for targeting consumers and the growing need to integrate them.

Schiller, whose career has spanned marketing, sales management, and media roles in both Fortune 50 and entrepreneurial companies, led the $500 million internet media advertising business that resulted from Comcast’s NBCUniversal acquisition prior joining Engine in January 2020.

A co-founder, and recent chairman, of the Interactive Advertising Bureau (IAB), he currently serves as an adjunct professor at NYU's Stern School of Business and an advisor to Cornell’s Department of Communication.

Schiller recently agreed to talk about how the current, outmoded transactional system is thwarting the change needed to fast-forward adoption and integration of CTV and addressable, among other desirable objectives.

What is, or should be, different about this year’s upfront?

Schiller:  The upfront will continue to be a media futures market, and the fundamental factors involved will still be the overall economy/GNP, the supply and demand for media types and quantities, the competitive landscape, and media entities’ content offerings and audience value.

That said, with the pandemic having accelerated revolutionary, already-in-process changes in consumer attitudes and behaviors — including media consumption — there’s never been a more perfect time to reinvent our businesses.

Schiller:  It’s time to rip off the Band-aid.

Advertisers and media need to move faster to think holistically and look to change the rules on both sides of the equation.

We must recognize that the world has changed. Consumers don't live in siloes, and neither can we. Siloed media programming and buying in specialty groups including TV, CTV and digital video don't reflect the real-world audiences to which marketers are desperate to connect.

The media-buying community is quick to lean on content companies to adapt programming to the new consumer behavior. But the truth is that the buy side still depends predominantly on legacy methodologies to transact. This disconnect illustrates the conflict between pricing and delivery.

What are some examples of practices that you consider counterproductive to brands getting the fully streamlined media buying and campaign implementation they need, while enabling media companies to achieve profitable growth?

Schiller:  Let’s start with buyers still insisting on trying to measure  year-over-year change in agency media proposals. That’s mostly driven by legacy structures and agency contracts. But that’s the point. If we’re truly going to “follow" consumers across any and all platforms on which they consume media, we have to recognize that the pricing across platforms could be dramatically different from year to year.

Second, despite the push for efficiencies and audience-based targeting, program-specific evaluation of media schedules still dominates overall plan quality assessment. Media companies provide efficiencies on their media plans using all kinds of packaging mechanisms. Yet, reviews often focus on the desire to see spots placed within specific genres and shows and sponsorships — instead of focusing on a plan’s ability to reach the specific audiences desired.

On another level, while digital video impressions often dominate the upfront banter — especially in a marketplace with declining linear viewership — brands that invest heavily in linear TV still  tend to view and use digital media, of all types, as makegoods for linear’s under-delivery.

There’s more talk than action when it comes to treating digital media in all forms — including CTV and other non-linear addressable platforms — as the vehicles that can deliver the most desirable kind of audience imaginable: on-demand, focused and engaged.

Speaking of addressable… This week, Forrester released a study, commissioned by a group of major sell-side players and tech partners, that found media-buying decision-makers confirming that optimizing strategies for addressable and other emerging media channels is a top priority. But it also found that 100% of buyers had encountered challenges with addressable — with the most-cited being “stakeholders don’t believe it’s necessary or don’t support it.” Closely followed by issues like platform fragmentation, lack of skilled talent and privacy/compliance concerns. Does any of that surprise you at all?

Schiller:  Addressable advertising represents a small but growing minority of overall ad spend as the media industry continues to educate itself on data and privacy implications. Consequently, these components typically are not "must-haves." They’re cherries on the cake, rather than the cake itself.

Can you expand on the emerging media assimilation challenges?

Schiller:  Despite companies' press releases touting their cross-media capabilities and reach, the industry is still moving to accommodate current revenue and business models.

Media planning and buying in agencies and ad sales at publishers operate with individual experts who live by specific goals.

Congratulations to Omnicom for separating "activation" from "investment." This structure is a step forward for the industry. It recognizes that negotiation is a different discipline from placement and deserves its own focus to enable a better chance of achieving a brand's communication objectives.

What is happening with CTV and its assimilation into the video/TV landscape is very similar to what happened in the 1990’s with cable TV, and what happened with mobile about seven years ago.

You start to see 5% of the media spent on these new technologies, but viewership is rising to 25%, 30%, or even 40%. Over time, that collapses as the industry begins to acclimate.

While COVID has forced some functions to merge about five years faster than they would have otherwise, more can and should be done.

Beyond breaking down functional siloes, what could help change engrained but outdated attitudes about media and how they should be purchased?

For video, the industry needs to focus on the incrementality benefits of using the new platforms alongside the old ones.

Too many media buyers continue to value linear TV over digital TV forms not just because digital TV lacks standardized measurement, but because they think “premium” programming means broadcast programming.

CTV is TV. OLV is video. And “premium” is defined by the target audience — it’s whatever the consumer desperately wants to watch and will lean into while viewing. For a cat lover, cats on skateboards may be more compelling than the Super Bowl.

Thanks to technology, “appointment TV" today means that consumers set the appointment, regardless of whether they’re watching on a TV, computer or phone. The young people I see in my classes certainly aren’t letting the networks determine their schedules. They pick a show or movie and a time to watch it — alone or with others.

Overall, brands are losing out by focusing primarily on pricing and costs in media transactions. This behavior empowers the ecosystem to lean on siloes to "manufacture" media plans rather than focus on effectiveness and ROI. Legacy methodology prevents brands’ media scheduling from optimizing consumer impact in the same fluid way that consumers engage with video content.

In the end, we can’t lose sight of engaging the consumer at every turn. That’s the winning formula for every brand.

addressable, addressable tv, advanced tv, ctv
1 comment about "Engine's Scott Schiller On Why 2021's Upfronts Should Be Different".
Check to receive email when comments are posted.
Next story loading