Volkswagen Aims To Change The World 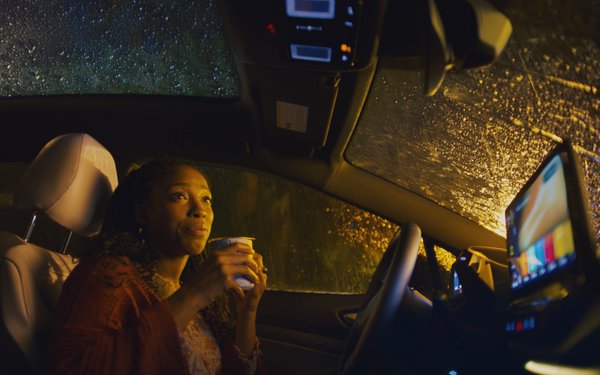 Volkswagen is launching a campaign tonight for its ID.4 that shows how electric vehicles will change the world -- but first, the world of the owner.

The spots show the versatility of the ID.4 and how EV adoption can change so much, starting at the individual level.

The creative, from agency Johannes Leonardo, aims to be “witty and relatable,” according to the automaker.

Three spots will make their television debut tonight, as well as on digital and social channels and include “Adventure Lifestyle,” “Tech Upgrade” and “Better For Your Family.”

The tagline is “the first electric SUV for everyone,” with the campaign "more approachable than other EVs have traditionally been positioned,” per the agency. The company is not trying to chase the early adopter, but rather to broaden the appeal of electric.

Owning an EV is shown as a lifestyle upgrade — not just something for people who are eco-conscious or status-obsessed.

The campaign focuses on the “incredible potential” the SUV has to make electrification relevant for all, says Kimberley Gardiner, senior vice president, Volkswagen brand marketing.

Viewers are introduced to specific benefits, like voice-activated climate control, and the potential shift that e-mobility can bring, like “changing the world as you sleep” (via charging the battery) and no longer having to fear running out of gas.

While change is often scary, especially after a year of the most massive changes felt in every corner of the world due to the COVID-19 pandemic, VW is trying to make change feel less daunting, says Kevin Watkins, creative director at Johannes Leonardo.

“There's a sense that owning an EV will require a lot of change in behavior, but the truth is, all of the ID.4 features are purposely designed to make a big difference in improving your world, and the world, without the compromise,” Watkins tells Marketing Daily. “Because in order to change the world and make it a more sustainable, greener place, we have to start by making small changes in our own lives.”

The 2021 ID.4 Pro is available for reservation, with the rear-wheel-drive ID.4 Pro starting at $39,995, before a potential federal tax credit of up to $7,500. The limited-run ID.4 first edition, which sold out the day the vehicle was launched, started at $43,995. A more powerful all-wheel-drive version will follow later in the year.