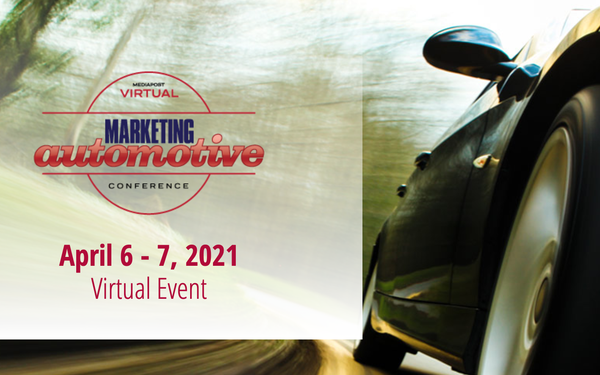 Next week will mark MediaPost’s second online Marketing: Automotive conference. Like others who usually program live events, I’m discovering online to be both a blessing and a curse.

It’s a lot easier of an “ask” to get an executive to log in from wherever they might be, versus attending in person. But I miss the energy and camaraderie that comes more easily during a live event.

If life were back to “normal,” many of us who are either in or associated with the auto industry would be gathered in New York this week for the auto show and corresponding events at and around the Javits Center, which is where the April MediaPost automotive conference would normally take place.

Instead, we will once again convene on our laptops next Tuesday and Wednesday for several hours of engaging programming, including executives from General Motors, Ford, Toyota, Honda and Hyundai. The MediaPost team has been working hard on a stellar lineup.

Meanwhile, there are still “auto show” events this week — I have to be up early tomorrow to watch a 6 a.m. ET concept car unveiling by Lexus, broadcast from Japan, followed by another vehicle unveiling by Subaru at 11 a.m. ET.

I am really hopeful the next MediaPost automotive-themed conference, scheduled for August, might actually be live at the postponed New York International Auto Show.

I’ve talked to some top marketing executives who are very encouraged by what they are seeing in terms of lessening travel fears and in-person business starting to return as more people get vaccinated.

About 80,000 New York City employees will come back to their offices on May 3, which Mayor Bill De Blasio says is a “powerful message” about the city’s post-pandemic comeback.

By June, 5 million New Yorkers will have received at least one dose of the vaccine, De Blasio estimates, up from current levels of nearly 1.9 million. The summer will see an influx of both commerce and tourism as strict safety measures start to ease, he told the media last week.

While I normally avoid NYC in the summer months for a variety of reasons, I will be singing and dancing throughout Javits if the live auto show does indeed happen. While the attendance and engagement at our online events have been terrific, I’d prefer to see some smiling faces in front of me.

Well, I’ll have to assume they are smiling -- since we will all be wearing masks indoors for the foreseeable future. But you can definitely smile with your eyes, and I’m going to assume we will all be happy to be there.