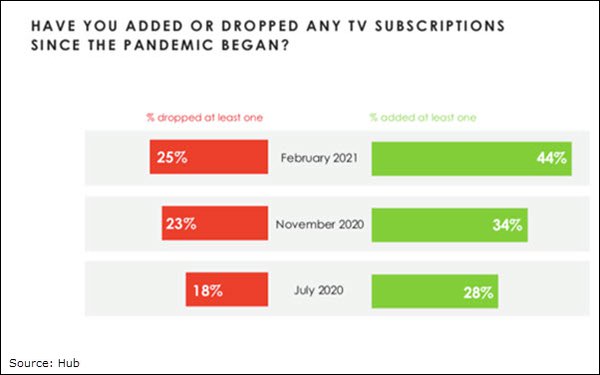 Disney+ seems to have established strong loyalty during its brief sixteen months of life to date.

But two other streamers even newer than Disney+ also polled favorably. Two-thirds (66%) and 63% said they would definitely keep Discovery+ and HBO Max, respectively — although these services’ definitely drop rates are higher (14% and 17%, respectively). 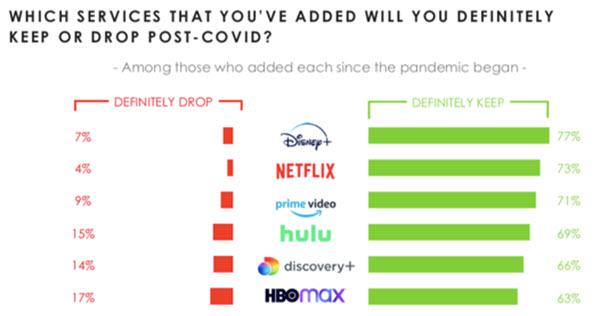 The findings are from Hub’s third study on entertainment media behaviors during the pandemic. This wave was conducted during February and March 2021 among 3,008 U.S. consumers ages 14 to 74 who watch a minimum of one hour of TV per week. The first two waves were conducted among similar samples in July and November 2020.

The study found 44% of all TV consumers reporting having added at least one TV service during the pandemic — up 10 points from the November survey. (Chart at top of page.)  At the same time, 25% have dropped a service — a proportion that has also been increasing since last summer.

The TV subscription most likely to have fallen into the “dropped” category is traditional pay TV service (cable, satellite, or telco). 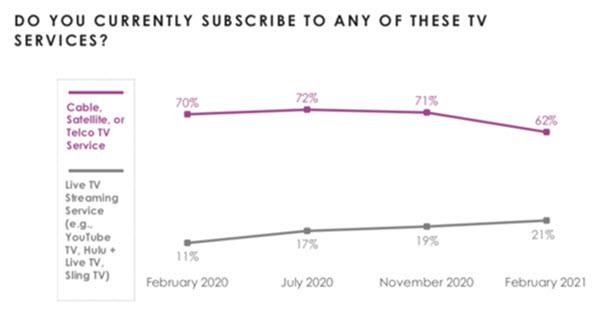 Use of live TV streaming services (vMVPDs) has grown slightly since the beginning of the pandemic, making up for some of the loss in traditional pay TV subscriptions.

The surveys confirm that viewing TV content via streaming has become more strongly entrenched over the course of the pandemic.

Subscriptions to the five most popular streaming services have continued to climb since pre-Covid, with HBO Max up dramatically since November:

Hub’s research indicates that HBO Max has benefitted significantly from its decision to stream all 2021 Warner Bros. movies on the same day as their theatrical release.

The proportion of consumers who have purchased a first-run movie on streaming has been increasing steadily since last summer, kick-started with the streaming release of Disney’s “Mulan” in September. 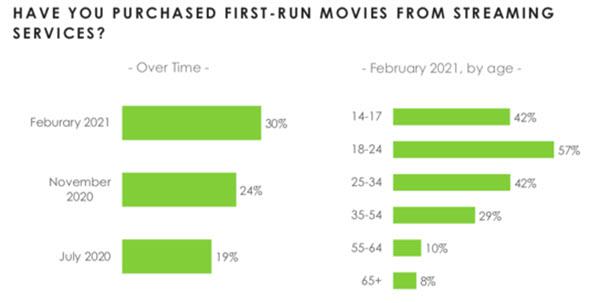 Younger consumers are the most likely to have streamed a first-run movie, with 18-24 the age sweet spot. Buying first-run films to stream at home is nearly nonexistent among those 55 and older.

The proportion using any AVOD has increased more than 20 points since before the pandemic, thanks in no small part to the launch of the free version of Peacock: 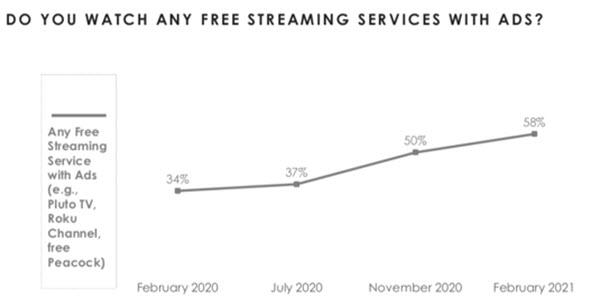 In Hub’s 2020 surveys, most TV consumers said they were watching more hours of TV (all forms, including streaming/CTV) than before the pandemic. 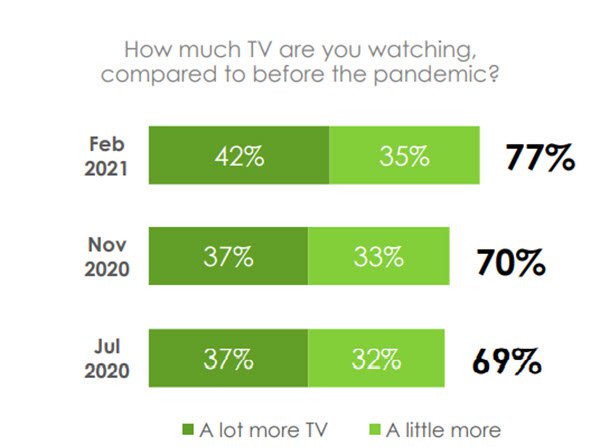