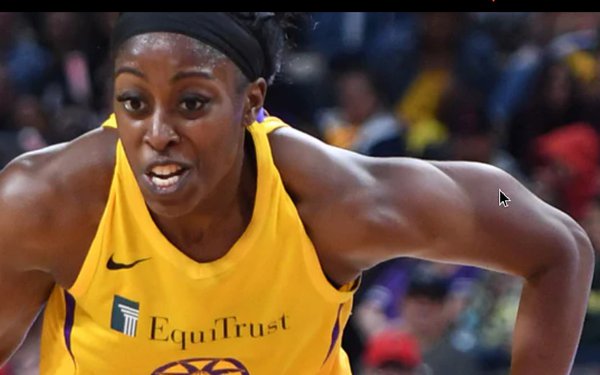 The Los Angeles Sparks of the Women’s National Basketball Association boasts an “all-encompassing” deal with Molson Coors Beverage Co., which will become the first-ever beer partner in the team’s 25-year history, and the first “exclusive” beverage company, too.

That’s significant all by itself because no women’s sports team has had a deal with a beer brand like that before, and the WNBA doesn’t have an overall “official” beer, either. (Anheuser-Busch’s Budweiser signed a league-wide deal with the National Women’s Soccer League last November.)

The Sparks deal doesn’t just cover Molson Coors beer brands, like Coors Light and BlueMoon Light Sky. Also in the mix are its Vizzy hard seltzer and (with apologies to singers of the drinking song) “almost all" of the more than 99 other bottles of Molson Coors on products wall at its Chicago headquarters.

Those include craft beers and other beverages that aren’t even alcoholic, like Huzzah! Probiotic Seltzer, ZenWTR, La Colombe ready-to-drink coffee, and Zoa, a new energy drink.

With the Sparks and the WNBA appealing widely to women, many of them athletically inclined, the non-boozy aspect might bear watching.

It’s also an interesting application of the company’s name change at the beginning of 2020, when it went from Molson Coors Brewing Co. to Molson Coors Beverage Co. to reflect its widening, not-necessarily-sudsy turf.

Molson Coors will work with the Sparks on awareness campaigns featuring nearly its entire portfolio of brands, the beveraage company said.

Natalie White, Sparks interim president and COO said, “It speaks volumes that one of the world’s largest brands recognizes the impact of the LA Sparks and the WNBA and wants to partner with our organization to be a changemaker in the sports sponsorship space.”

The WNBA doesn’t attract audiences in the same league as its male counterpart, the NBA. But last year, ESPN ran games on its main channel, and during a pandemic year in which men’s sports teams had trouble attracting viewers, WNBA said in its overall regular season TV viewership was up 68% over the last year, and it experienced a big bump in social media postings.

One place none of the brands will show up is as a patch on the team uniform. That’s been claimed by EquiTrust, a life insurance company.

The Sparks, one of the original WNBA franchise, are three-time WNBA champs, led by Chinenye Ogwumike, (above), a six-time All-Star who is not only a league standout, but also the first WNBA star to host her own ESPN talk show and work as an NBA analyst,too.