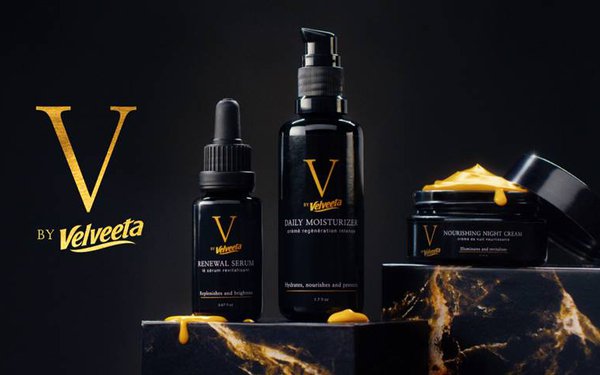 In an era when “brand trust” is said to be paramount, April Fool’s Day remains a distinct exception for some marketers.

Last year at this time, April Fool’s was unofficially canceled amid the just-beginning unraveling of jobs and lifestyles due to COVID-19.

Now mirth appears to be making a comeback—at least for some brands—but the vast majority appear to be sitting things out.

“I would say that there is nothing inherently wrong with a brand pulling an April Fool’s prank,” John Zegowitz, chief creative officer at the SCS agency, tells Marketing Daily. “It humanizes them and allows them to share an inside joke with their customers and a connection that isn’t all about a transaction.”

But things don't always work as planned. The biggest April Fool’s gaffe thus far was probably Volkswagen’s. As reported, the German automaker recently said it would change its name to Voltswagen—a nod to its commitment to electric vehicles—before admitting that was totally bogus news.

To VW’s credit, at least it didn’t declare that women would be allowed in Voltswagens only as backseat passengers—perhaps learning from Burger King’s disastrous “women belong in the kitchen” tweet on International Women’s Day earlier this month.

Among CPG companies, Kraft Heinz seems to have the biggest itch for brand fantasies this year.

Skincare from Velveeta? How cheesy is that?

Very, according to Kraft, and that’s the point of its three-product-line “V For Velveeta” prank.

Creative from VMLY&R for a Velveeta renewal serum, daily moisturizer and night cream certainly has the look and sound of beauty care marketing.

“Feel the magnificence of melty moisturization,” a sultry voiceover intones. “The creaminess of Velveeta. Now in skincare.”

The goal of the brand is to tap into a cultural moment and poke fun at itself, according to Maya McDonald, brand activations lead at Kraft Heinz.

“Our hope is that this Velveeta campaign will bring a smile to consumers’ faces on April Fool’s Day, a day reserved for pranks and jokes,” McDonald tells Marketing Daily.

Consumers who saw Velveeta’s skincare announcement on digital channels were directed to a website where they could sign up ahead of the “launch.” Instead, they will receive emails on April 1 acknowledging the prank—along with a coupon for Velveeta Shells & Cheese.

It won’t be. There are no real “burnt-flavored” Jet-Puffed products at either end of the innovation pipeline.

When it comes to pranks, at least Sour Patch Kids is upfront about what it wants people to do. It’s rewarding a select number of folks ages 18+ with candy and cash for sharing a “safe prank video” as part of a hashtag challenge on TikTok.

Not that it’s easy to come up with a prank that will pass muster, given the 13 explicit “do’s” and “don’t’s” of the challenge. They’re not unlike the endless list of scary contraindications that accompany many prescription drug advertisements.

For example, no “physical or emotional harm,” no discrimination or promotion of “hateful behavior or violence,” no harassment or bullying “of any kind,” no threats to other people, “no extreme, dangerous or life-threatening stunts” and no “harmful language.”

Green Giant and Peeps decided to mash up veggies and sweets for Easter by announcing Wednesday the supposed Thursday launch of cauliflower-flavored Peeps.

The truth emerges toward the bottom of the brands’ joint announcement that while “this is justaprank, both brands do firmly believe vegetables and Peeps belong in every bunny's Easter basket (just maybe not in the same package).”

Next year, brands will have a yardstick of sorts to aim for when contemplating 2022 April Fool’s stunts.

Pavone Marketing Group—which has fielded an annual poll of Super Bowl commercials for nearly 20 years—is using Facebook and LinkedIn to publicize a new poll called Ad Antics. It will chronicle this year’s April Fool’s hits and misses as perceived by consumers.

“For every joke that works, there are at least five jokes that flop,” says Pavone Marketing Group president and CEO Michael Pavone.