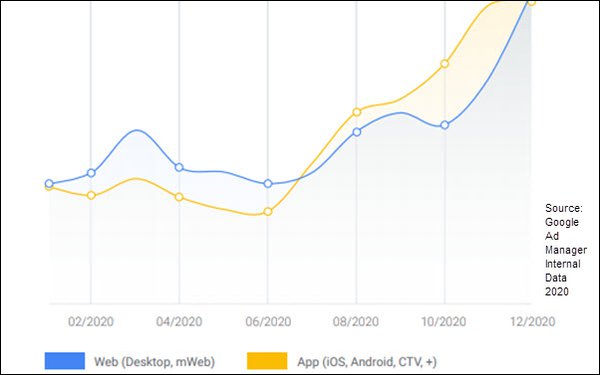 This reflects a growing number of people watching advanced TV content on OTT streaming apps, rather than desktop or mobile web, as they adopt new CTV devices, Google confirms. 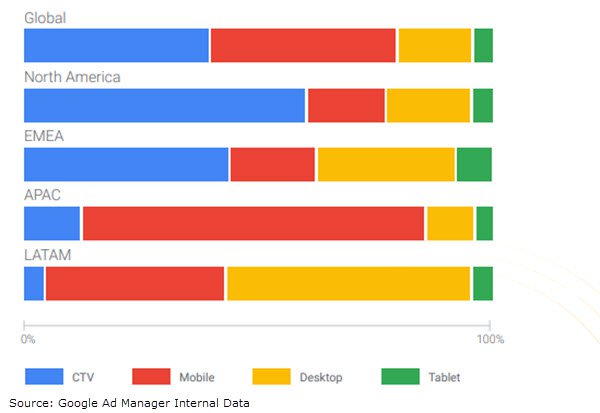 Google Ad Manager’s data also confirms that ATV advertising recovered over the course of 2020 after a hit in Q2; that traditional inventory transactions still heavily dominate, but programmatic is growing rapidly; and that live impressions grew faster than video-on-demand last year, despite shutdowns of sports and other live events.

Traditional ATV deals made directly between TV companies and advertisers still dominate — representing more than 80% of all global impressions in Q4 2020.

But the fastest-growing transaction types year-over-year were programmatic. In Q4, programmatic impressions grew by more than 70%. 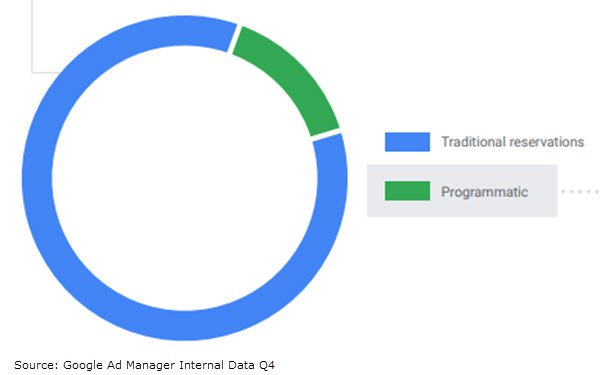 In Q4, programmatic guaranteed and preferred deals accounted for more than 70% of programmatic ad impressions sold in ad exchange, led by 165% year-over-year growth for preferred and 90% for guaranteed. 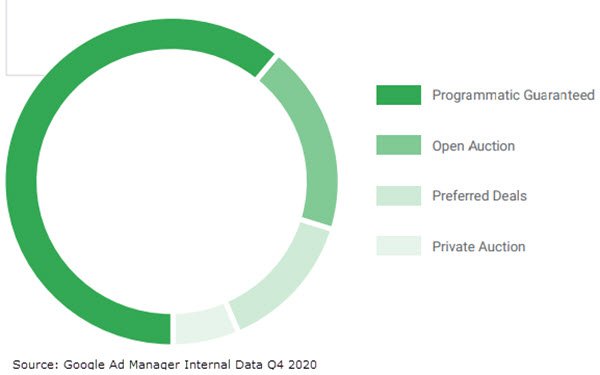 The trends are driven in part by an increase in advertisers converging TV and digital budgets, and more programmatic direct deals powering TV upfronts, according to Google.

ATV Advertising Dipped, Then Recovered, Over 2020

The Google data show global ATV ad impressions dipping 18% year-over-year during the height of the pandemic in Q2.

Traditional buys dropped by 35%, although programmatic buys were essentially flat (-1%). Driven in part by overall TV viewership growth during the pandemic, CTV was the only device seeing impression growth during the quarter: up 14%.

By Q3, live sports were returning, driving a 70% jump in live programming and a lift in ATV ad impressions, which were up  40% compared to Q2.

Traditional buys rose by 55% in Q3 versus Q2, and programmatic ad impressions grew 55%.

By Q4, global ad impressions were up 60% year-over-year, with CTV dominating. 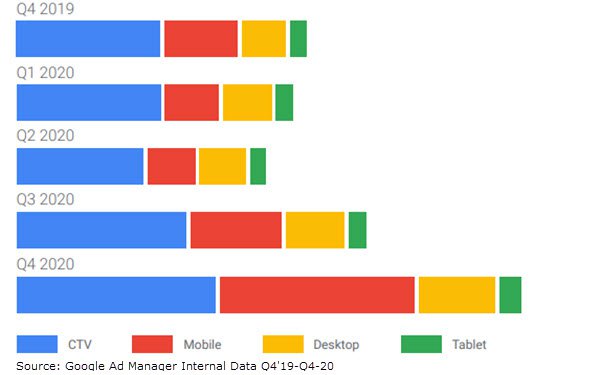 As live sports began to return mid-year, live impressions grew much faster than VOD impressions. CTV viewers who livestreamed at home preferred to watch on the big screen.

In Q4, global ad impressions served to live audiences leapt 85%, and 45% of ads served in live content were seen via CTV —suggesting that people prefer to livestream from their living rooms. 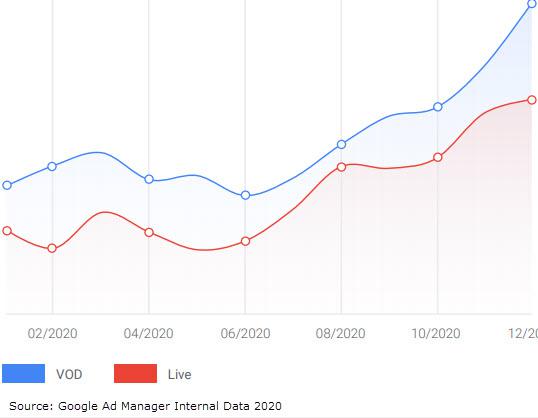 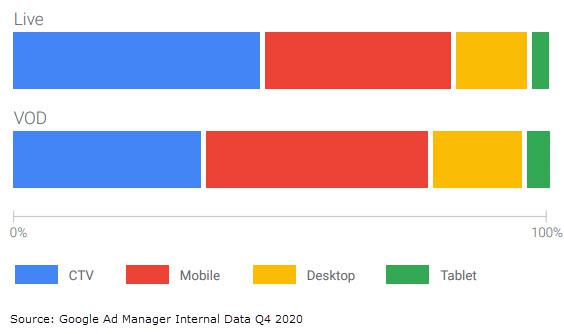