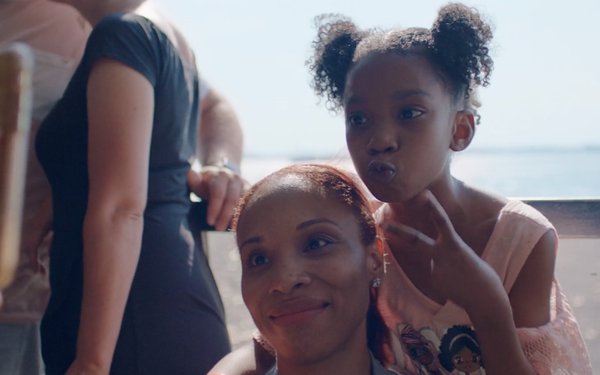 Despite years of marketing efforts -- and a fast-growing sunscreen industry -- skin cancer rates are rising in the U.S. And Neutrogena, with the belief that better content can help change behavior, is launching a content studio to fight back.

Called Neutrogena Studios, the division is kicking off with the release of "In the Sun," a documentary short, produced by actress Kerry Washington.

Why a studio? "We knew we had to take a different approach," says Sebastian Garcia-Vinyard, studio content director at Neutrogena. “Skin cancer is the most preventable form of cancer–and the common. And while we've been at this a long time, it just isn't sinking in. Quick PSAs and airy stuff just doesn't do it."

The new approach uses long-form content and storytelling formats to "ultimately lead to a behavior change," he tells Marketing Daily."And in an era when every brand seems to be trumpeting storytelling, "the question becomes 'How can we tell better stories?'"

The new film, with Washington acting as executive producer, is scheduled to debut on April 27. It focuses on storylines most people aren't familiar with, including the ways people of color are still at risk for skin cancer. The seven patient stories included in the film showcase how skin cancer affects people of different ages and races.

Garcia-Vinyard says Neutrogena Studios will draw on a board of advisors and work with young talent, including Ghetto Film School, with a diverse group of young filmmakers.

Tyler Rochwerg, creative content lead, says finding new voices is key to inspiring this change. 'We're leaning into best-in-class storytelling, with a mission to educate and inspire people to action."

The two say the studio, a first for both Neutrogena and parent J&J, makes sense–even if ad agencies everywhere are also offering content studios and storytelling formats. "There's a lot of interest and passion for what we're doing, and this is just kind of a first step

And while Rochwerg says he admires content from brands like Eddie Bauer, "when most companies dip their toe into the brand-funded entertainment space, they haven't done it in a way that it's truly driving behavior change."

The company aired a test screening of the film, and "we got promising results, indicating people might change their behaviors from this film in a way that they wouldn't from a traditional 30-second TV ad."

The company plans to distribute the film on digital channels, targeting moms and African-American and multicultural audiences. "There are still a lot of myths out there," he says. "We want to let people know more about how to protect themselves and bend the skin cancer curve."