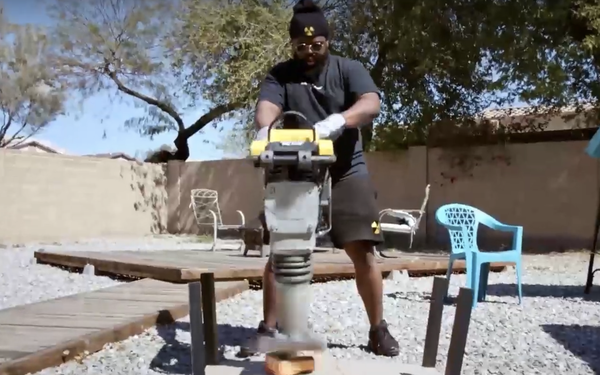 Gamers are used to being challenged. And regardless of whatever aliens creatures they might want to be blasting, nothing gets them more riled than the monster called… internet lag.

Gamers’ stereotypical response to a balking internet service is to smash their controllers in frustration. Apparently, that really happens, and gamers even have a name for it: rage-quitting.

To spoof this syndrome, Fios, the Internet service from Verizon, just “introduced” a video of the first unbreakable controller. According to Nate Hill, a renowned “Fortnite” game player, it’s “perfect for people who don’t have Verizon Fios.”

In the YouTube for Fios, Hill hands over the garish orange controller to his fellow FaZe Clan eSports buddies and says, “Let’s see if we can break it, fellas.” They can’t, not after they whack it with a baseball bat, have an SUV run it, dunk it like a basketball and put a jackhammer to it.

The point, of course is to point out that Fios subscribers would never have worry about breaking the controller, because their superior fiber optics service would never cut out at the worst moments.

PC Mag gave Fios its 2021 award as the best internet service provider for gamers. Fast internet speed reduces “ping”--the response time from another player’s computer or the game’s server after you’ve made a play. The faster the better.

The indestructible controller was created by product designer Steven Brower of Brower Propulsion Laboratory, working with the McCann ad agency.

A witty on-screen disclaimer displayed in tiny letters during the Clan’s full assault on the device reads, “For trolling purposes only. Created to handle typical gamer tantrums only, but not literally unbreakable.”  (And not literally for sale, either.)

The thing is made of a  “durable, aluminum shell”  that’s “surrounded by a soft foam that cushions the shell from impact,” according to the ad website Shoot, which also said that its “bright orange color was intentionally chosen to reflect the humorous nature of the product and the childish anger gamers show when they lag out.”