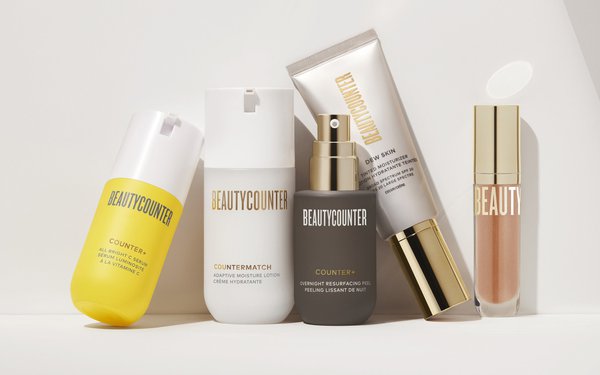 Beautycounter, long a leading name in "clean" products, just got a major payday, with the Carlyle Group announcing a majority stake. With the acquisition, Beautycounter says it intends to increase awareness of the brand, founded in 2013, and beef up its omnichannel initiatives.

The new transaction values the company at $1 billion. Glossier, one of its largest D2C competitors, is valued at $1.2 billion.

Beautycounter, based in Santa Monica, is something of an outlier among its competitors. The digital native does sell directly to consumers. But it also relies on an army of 65,000 consultants, with a multilevel marketing set-up similar to companies like Mary Kay Cosmetics, Avon Products and Amway.

The company is best known for its "Never List," focusing on 1,800 potentially harmful ingredients and an evangelical approach to safer beauty products.

In the announcement, Gregg Renfrew, Beautycounter Founder and CEO, says she has long admired Carlyle's experience "working with brands at the intersection of cultural relevance and consumer demand." She believes "that our combined vision will be instrumental in accelerating Beautycounter as the leader in clean beauty, and in the beauty industry as a whole."

Much of the company's sales come from its consultants. And like other MLM companies, consultants make more money when they amass of a team of consultants to manage, earning a portion of those sales, as well.

But the digital native also functions more like its D2C beauty competitors with its limited-edition collaborations with such retailers as Target and Sephora. Late last year, it opened a tiny experiential retail location in Venice, California, to blend in-person shopping with virtual livestreaming of product demonstrations and tutorials.

It also functions as a content studio, ranging from product-focused makeup and skin tutorials to environmentally advocacy interviews. And it has stores in Denver and New York.

The Venice shop contains a phone from 1938, symbolizing its signature fight -- that's the last year the U.S. passed a law governing the ingredients that can go into skincare products, despite hundreds of regulations enacted around the world. Renfrew has testified in the U.S. Congress, pushing for bans on harmful ingredients used by many U.S. brands.