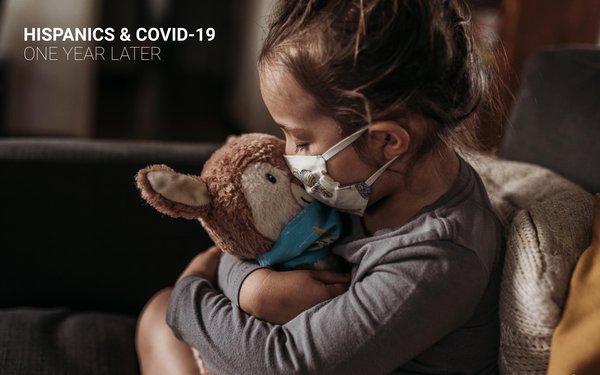 Hispanics present substantial growth opportunities for many industries post-pandemic as their lives have changed and new habits are forming, according to research from Conill.

Hispanics are not only very aware of ads now but are also highly receptive to them. More than half of U.S. Hispanics (55%) actively pay attention to online ads and offers saying there are more ads and sales right now.

Hispanics are slightly more likely than the general population to shop online every day (30% vs. 26%), with 14% shopping multiple times per day.

Further, 80% are likely to try new products during the pandemic, versus 70% of the general population. One in four Hispanics will not switch back to their old brands.

Compared to the total population, Hispanics have spent about two more hours per week watching videos, streaming audio, and social networking on their phones. Seven in 10 Hispanics (70%) have increased their amount of time spent watching movies or shows using a streaming service, notably above the 55% reported by non-Hispanics. Hispanics have also spent an average of 30 hours on their phones per week.

They also have turned to their Xboxes. One in three (31%) have increased their time spent playing video games online or on a gaming device since the outbreak began.

Social media stands out in terms of Hispanics being 57% more likely than the general population to use it as a primary source of information. Only 20% state cable TV as a “”trustworthy” source. Six in ten think radio is a good outlet for information during COVID-19, with four in ten Hispanics saying their favorite radio host made them feel “less concerned” and “less alone” during the pandemic.

However, Hispanics’ conversations on social media reveal a high level of negative sentiment towards the vaccine compared to the general population. Hispanic women are less open to the vaccine, with about one in three saying they will not get it versus just one in five Hispanic men.

In addition, Mexican-Americans — who make up the majority of the Hispanic population — are among those most likely to reject the vaccine.

Brands that aim to connect with Hispanics must truly comprehend the cultural context of their fears, emotions, and behaviors. Without this understanding, brands will fall short in authentically connecting with Hispanic consumers.

Also, humor goes a long way, but not all brands have permission to use it. The only brands that can join in on the joke are those which have done the work to understand the when, where, and how humor should be leveraged in the Hispanic market.

And with vaccine opinions varying widely by Hispanic national origin, this serves as an example in which a niche approach is more effective than casting a wide, national net.

“We have learned a great deal about Latinos by the way they have dealt with the Pandemic,” says Laura Semple, svp strategic planning director, Conill. “With a great deal of optimism and the ability to bounce back quickly, Latinos have shown how to slap adversity in the face and come out triumphant. Spending and desire to try new products have increased. The filter they are using is their ability to enjoy every one of their experiences to the fullest.”