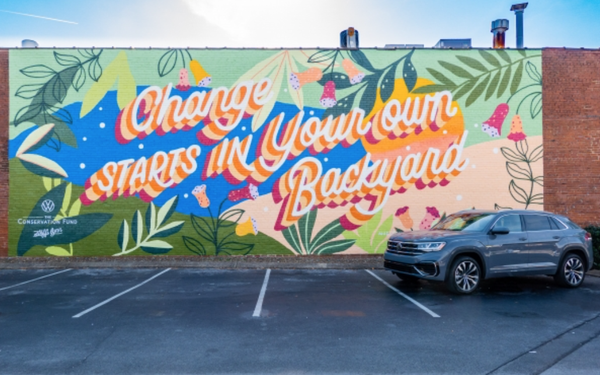 Volkswagen of America, Stellantis’ Jeep brand and Cars.com are introducing creative and research with a focus on earth-friendly initiatives.

VW and cars.com are both releasing survey results that show American vehicle shoppers are further down the road to welcoming electric vehicles.

A survey of 1,000 SUV owners and 500 SUV shoppers who are looking to purchase one in the next six months found most haven’t driven an EV, but are more interested than they were a year ago, per VW. Six in ten shoppers in the market for an SUV say they will consider an EV and four in five say more EVs on the roads can help the environment.

Research from Cars.com shows that Americans’ interest in electric vehicles is on the rise: 66% of respondents in a national survey stated an increased desire to buy an EV after hearing President Biden’s infrastructure plans to invest $174 billion in the EV market, including a national network of 500,000 EV charging locations by 2030.

However, 81% of respondents report that barriers remain, obstructing the path to purchase. In addition, only 1% of the total search share on Cars.com is for EVs. The primary obstacles preventing consumers from buying electric vehicles are cost (34%), limited range (32%) and a lack of charging stations (32%).

In other sustainability news, VW and The Conservation Fund revealed the first tangible impacts from their community grants for environmental groups in eastern Tennessee. Along with those grants, the partnership also unveiled a new mural in downtown Chattanooga by artist Steffi Lynn that features the phrase “Change starts in your own backyard.”

Last year, Volkswagen of America and The Conservation Fund awarded five charitable organizations located in eastern Tennessee grants of up to $50,000 each to advance efforts such as providing environmental learning and leadership opportunities for local youth, and helping keep rivers and waterways within the Cherokee National Forest clean. 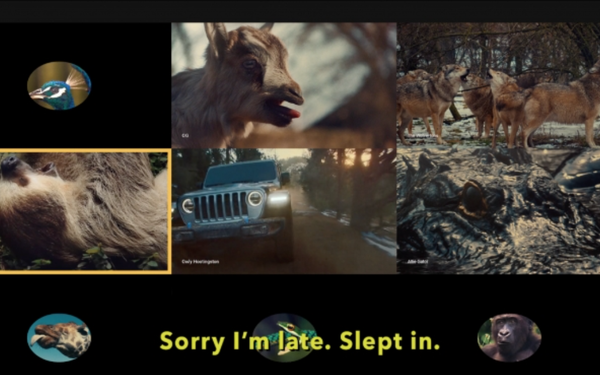 Finally, Stellantis’ Jeep brand’s newest social media video brings together the animals of the world via a video conference call to mark the arrival of the new 2021 Jeep Wrangler 4xe.

In “Earth Day: Video Conference Call,” animals including apes, owls, snakes, elephants and alligators suffer technological issues on the call, ranging from “you’re on mute” to “make the screen bigger” to others who have joined the meeting late and ask, “what did I miss?”

Jeep debuted the 60-second "Earth Odyssey" video during the 2021 Golden Globes in February, paying homage to the iconic film “2001: A Space Odyssey,” but with a twist. These same animals were featured in that effort.

The ongoing “Earth Odyssey” campaign is created by the Jeep brand in partnership with Chicago-based agency Highdive.