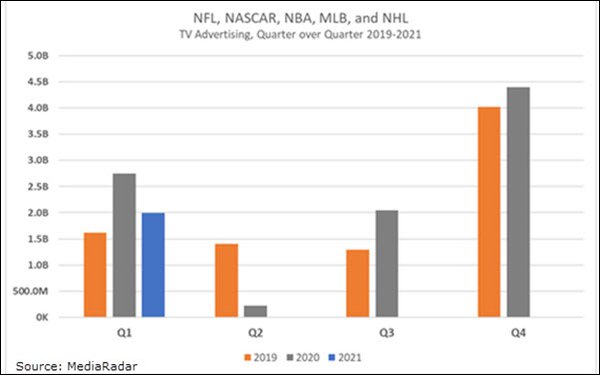 Although the U.S. advertising market as a whole saw record expansion in March, ad spend across major sports leagues in this year’s first quarter was below 2020 levels, according to Q1 data from MediaRadar.

After plummeting 84% year-over-year in last year’s second quarter (from $1.4 billion to $221.74 million) due to pandemic-forced shutdowns, ad spending on NFL, NASCAR, NBA, MLB and NHL games and events rebounded strongly during the rest of 2020, as games and limited seasons resumed.

Looking at by-category trends, despite the overall drop in spending in Q2 2020, the relative shares of total spend for three of sports’ largest categories — tech, finance and entertainment — saw only modest changes between 2019 and 2020.

Automotive saw the largest decline during 2020, from a 15% share to 12%, reflecting a 10% decrease in overall sports spending during the year.

Finance and entertainment each picked up 1 percentage point, for 2020 shares of 15% and 13%, respectively. 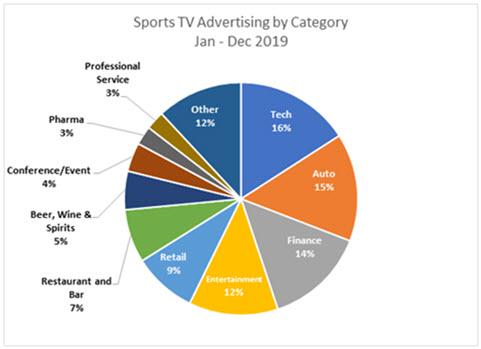 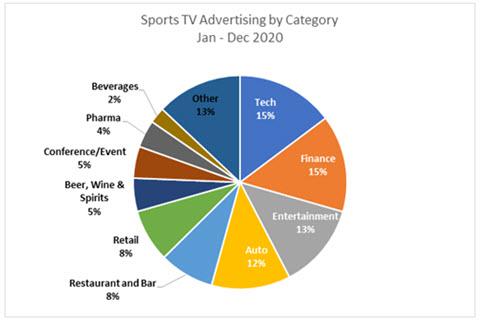