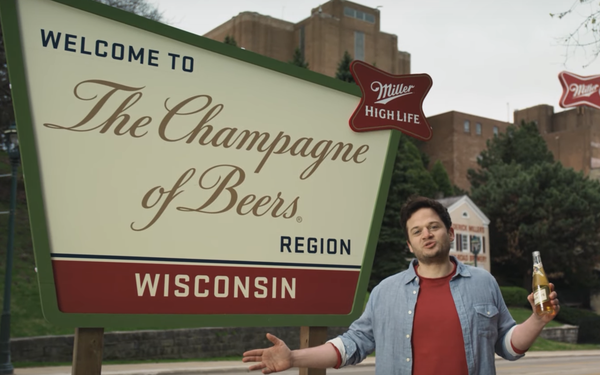 For marketers of beer, wine and spirits, promotional ideas seem to be always flying by, like bottles on a production line. They aren’t always big ideas. Sometimes they’re kind of silly.

Miller High Life is aiming to have the area around its brewery in Milwaukee designated “The Champagne of Beers Region.” That would be like the Champagne region in France, where official Champagne comes from. Yes, it’s exactly like that. Oui, oui!

“Champagne can only come from Champagne, France,” says the rough-hewn High Life spokesman in a new ad. “Why should beer be any different?”

In a statement, Anne Pando, senior marketing manager for the Miller family of brands, says, presumably with a straight face, that the movement for the designation is High Life’s attempt “to protect its name and the quality it stands for.”

Starting Thursday, fans can sign a petition directed at the Milwaukee Common Council urging this new designation. (High Life has long used the “champagne of beer” tagline, but these days it’s a kind of downscale brand.)

In MiIler’s view, this new region needs a new ambassador, who will be picked via sweepstakes. The new ambassador wins a year’s worth of Miller High Life and a trip to Milwaukee -- er, the Champagne of Beer region --worth $20,000.

Spirits marketers have their own silliness. Old Forester bourbon showed its offbeat style last Saturday. While Woodford’s Reserve was the “presenting sponsor” for the Kentucky Derby -- and its signage was everywhere at Churchill Downs -- Old Forester presented its second (apparently now) annual Kentucky Turtle Derby on social media. Yes, a turtle race.

If the Kentucky Derby can claim to be the “Greatest Two Minutes in Sports” then the Turtle Derby, direct from “Churchill Downsized Downs,” can lay claim to being the “Slowest Two Minutes in Sports.” Quipped real Kentucky Derby announcer Larry Collmus as the race began, “Wow, look at them not go!” The race was conducted on a 12 foot-by-12 foot course and just about as exciting as you can imagine. 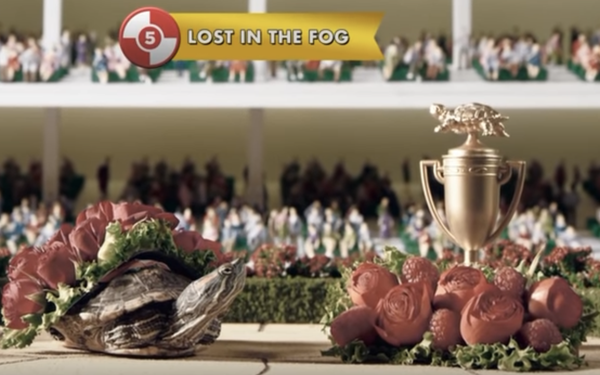 The set included a little crowd-packed stadium with old Old Forester ads and was shown on YouTube Live, with teasers on social media and TV. Fans at the horse race saw a version shown on the Churchill Downs Jumbotron.  And fans watching the video could order merch, including a turtleneck sweater and a vegetable tray. The whole thing was done in partnership with BBDO Energy.

A spokeswoman said Old Forester did not have viewership data from this year’s race (Old Forester playing up the slow angle again?), but the company claimed the first race attracted “over one billion media impressions, which is the same as 10 Super Bowl spots -- with zero paid media.” So maybe not so silly after all?