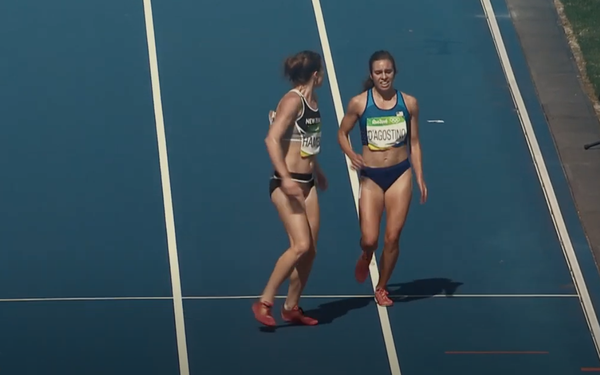 Procter & Gamble is launching a massive Olympic Games Tokyo campaign, which includes a program awarding more than a half-million dollars in grants to charities supported by the athletes.

Creative from Wieden+Kennedy breaks today and includes a long-form film and 60-second spot inspired by Olympic and Paralympic athletes. Both films will appear in full form digitally and in short form on TV in more than 15 countries.

The 2 1/2-minute “Love Leads to Good” shows how parents teach skills like good sportsmanship, extending kindness to our rivals and perseverance in the face of adversity.

After seeing stories of athletes doing good in their communities, P&G was inspired to take action to encourage even more positive change via its “Athletes for Good” fund.

Totaling $520,000, the effort celebrates and fuels the work of Olympic and Paralympic athletes and hopefuls who are partnering with charitable causes to serve their communities.

“We recognize the support, strength, courage, determination and love that is needed to help a child become an Olympian,” Pritchard said during a press briefing where the creative was shown to media for the first time. “We’ve seen that looking at the world though that lens of love means accepting us for who we are, teaching us who we can be and understanding that the good we do is what truly makes us great.”

The films were created before the Tokyo Games were postponed last year due to the pandemic, but the company feels the message of love is more relevant than ever, he says.

The campaign also includes a documentary-style film series co-created with the IOC entitled “Good is Gold,” which tells the stories of four Olympic and Paralympic athletes and hopefuls as they take action against bias.

For example, Always, which aims to help girls stay in sports, is teaming up with inspirational women to showcase the many ways sports can help girls build confidence and fuel their future.

The brands will partner with 15 Team USA athletes on brand campaigns. P&G and retailers will be partnering nationwide to support Team USA through in-store, television and digital campaigns featuring athletes.