Report: Some Boomers Exercise More Than Others 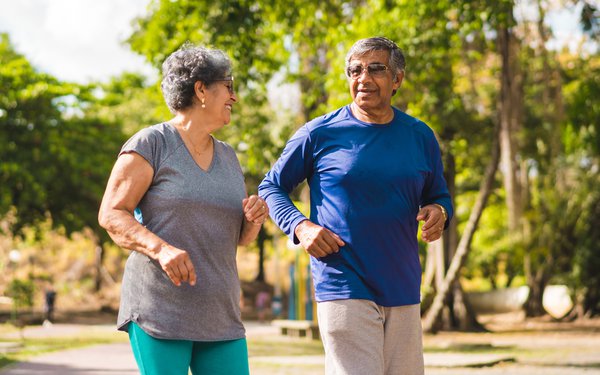 More than half of all Boomers surveyed in a new study say they exercise more than four times a week. The study is from Sensis and is part of its Boomers Culture Report.

The new study focuses on exercise and health and provides insights that athletic apparel makers, sporting goods companies, and insurers could leverage, according to the firm.

More than three in four Boomers report walking as their favorite activity. Asians are the most active with more than 40% exercising daily while African Americans exercised the least of all groups with only 27% exercising four times or more a week.

Boomers' concerns about discovering some new ailment or health condition went through a surprising shift from pre-COVID results to the most recent survey, according to José Villa, president, Chief Operating Officer. More than half of those surveyed (53%) initially said they were worried about discovering some new ailment in 2019. That fell to 43% in 2020. Those who specifically said they weren't worried went up from 22% to 28%.

"We believe that COVID has preoccupied boomers, eclipsing all other concerns when it comes to health management," Villa said.

Paying for health care was also a major concern. Nearly 60% said they were worried about rising costs. Younger boomers, those born between 1955 and 1964, were much more worried about rising costs at 66% than those born between 1946 and 1954 at 53%. Overall, less than half of each group was as concerned about access to health care. Women voiced the greatest concern in each instance.