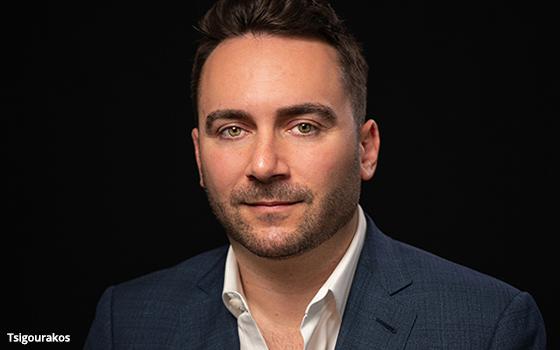 Built on the Nasdaq financial framework, the NYIAX platform is designed to bring true transparency to the media marketplace. During the pandemic, use of the NYIAX marketplace and exchange grew exponentially as media buyers and sellers had to drive more success with fewer resources.

Tsigourakos has more than 15 years of leadership experience in the advertising sector. Prior to his role with NYIAX, he held key positions at PlaceIQ, Freckle, AdParlor, BliNQ Media and Ampersand (formerly NCC Media).

As CRO, he is tasked with expanding NYIAX's user base into mid-sized agencies which have not had the access that larger agencies have had to automated tech platforms to drive more profitable and efficient deals with publishers.  NYIAX's current marketplace users include most of the major holding companies, global brands and top publishers.

Longtime AOL executive Greg Toothaker, who previously served as CRO, has assumed the role of Chief Business Officer. Tsigourakos and Toothaker will work closely with one another and the rest of the NYIAX team to raise the company’s visibility and growth trajectory.

“For a very long time, accountability has been mentioned as ‘the future of media.’ That future is now, and it’s an exciting time for us all,” says Tsigourakos.